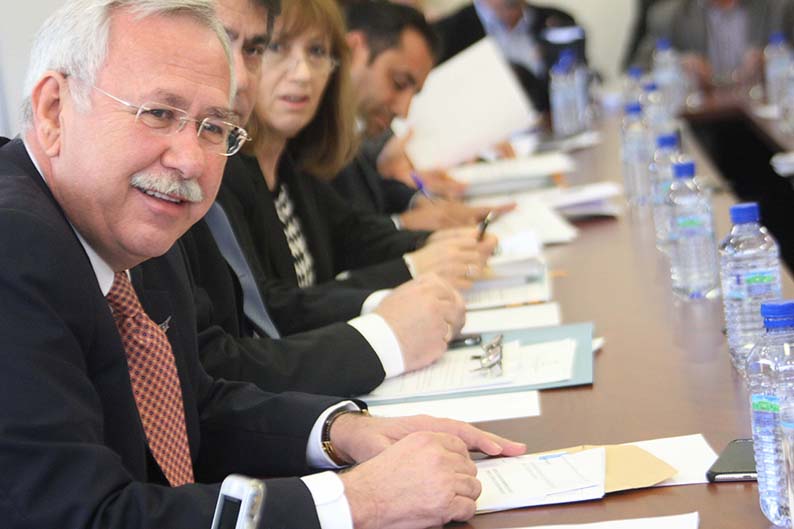 Interior minister Socratis Hasikos will hold another round of consultations with parliament and the public over the government’s policy on issuing building permits outside residential areas, he said on Monday.

After attending a House interior committee session, Hasikos defended his decree from last November, regulating the process of obtaining a derogation in order to build a house in non-residential areas.

Previously, decision-making rested with the Town Planning Department but no criteria had been set, leading to unregulated construction.

The minister’s decree allows for the construction of a home for own use, within a 500-metre radius from the boundaries of residential areas, and provided the structure has access to all basic utilities – road access, electricity and water lines.

This arrangement, designed to curb profiteering in non-residential areas by land developers, was met with resistance from parliament, which argued that it sharply reduces the value of non-residential land.

“What has been agreed with the committee today is that a new meeting will be arranged, and where the policy can be improved, in light of the objections raised, it will be,” Hasikos said.

Describing the effects of the previous regime, the minister said land developers routinely bought non-residential land from poor people and created residences and luxury houses, which they then sold at very high prices.

Hasikos dismissed another objection raised – that the new policy may adversely impact banks’ balance sheets, as much of the devalued land is already used as collateral in loans taken out – saying that, according to his information from the Co-operative Central Bank there is no risk from such loans due to this policy.

Under the previous rules, he added, whereby there were in fact no rules, many people “built everywhere and without control”.

Now, Hasikos noted, even if someone is rejected by the Town Planning Department, they may apply for a derogation.

“This is why I told the deputies to choose whom they wish to serve – the public or land developers,” he said.

In parliament, Hasikos’ policy found support only in the Green party, while even Disy – the minister’s party – voiced reservations.

“The issue is that many land owners see the value of their land diminished greatly,” Disy MP Andreas Kyprianou said.

“A balance needs to be found because unfortunately many of these properties are mortgaged to banks at previous, much higher values.”

“We believe such policies serve big capital, with the public bearing the brunt in the end,” he said.

Pittokopitis called on the government to withdraw the decree, revert to the previous regime, and then kickstart a dialogue for the optimum solution.

“If we don’t receive satisfactory answers, we will seek a meeting with the president on this issue,” he warned.

His remarks were met with Hasikos’ ire.

“This deputy is misleading the public and pandering dangerously,” he said.

“If his proposal were to be adopted, the poor people would take a hit and a state of affairs that benefits land developers would return.”

The minister was also unimpressed with the deputy’s threat of going over his head.

“If he wants to go to the president, he should – I’ll be there, too. He should make these threats to others, not me.”