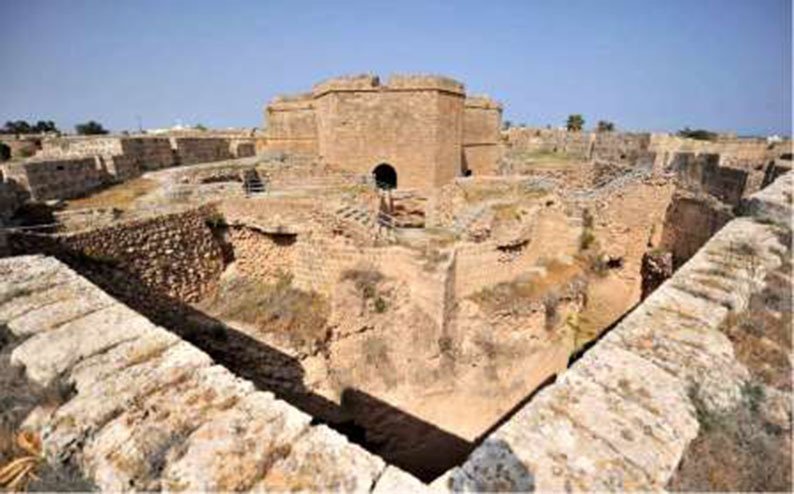 The Technical Committee on Cultural Heritage, the European Commission and the United Nations Development Programme on Monday announced that a deal had been signed for conservation works on the Ravelin/Land Gate in Famagusta.

Conservation works will last 11 months and cost €564,238, fully funded by the European Union.

Conservation of the gate is the fourth project that UNDP is implementing in Famagusta on behalf of the committee, after the Othello Tower/Citadel, completed in July 2015, and the two currently on-going conservation projects related to the Martinengo Bastion and the portion of the Venetian Walls between Arsenal and Sea Gate.

Informative meetings will be held by the committee and UNDP about the chosen conservation methodologies and work plans.

Within the framework of the EU funded and UNDP implemented project on “Support to cultural heritage monuments of great importance for Cyprus”, a study “Survey, Investigations, Assessment and Project Design” was carried out between April 2014 and January 2015 with regard to the gate in Famagusta.

The aim of the study was first to identify the most critical problems, research and understand the monument and then develop the designs for conserving and stabilising the monument, protecting the elements that are at most risk while observing internationally recognised conservation standards, creating a safe environment for the reuse of the monument, ensuring access to persons with disabilities and creating a drainage system to take water away from the bastion, the announcement said.

The project scope is divided into two parts. Conservation will address structural and material issues. This includes improvement works to structural elements such as: grouting fissures, replacement of stones, stitching of cracks and drainage.  It also includes replacing the failing concrete cap over the chimney, vegetation removal and cleaning.

The second part will improve the usability of the space. This includes the adaptation of paved surfaces for disabled access, electrical conduit, visitor safety features and didactics.