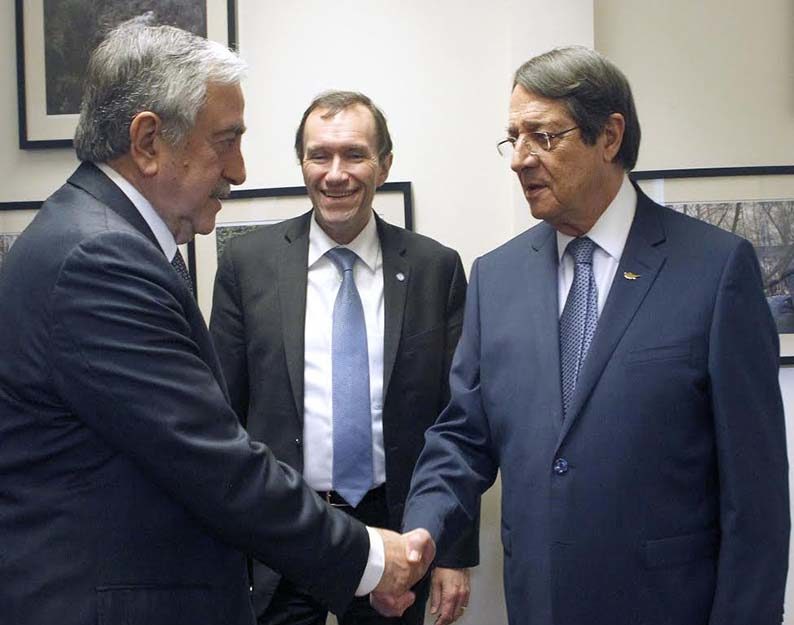 UN Special Advisor Espen Barth Eide is confident that the leaders will find a way to return to the negotiating table, he said in an interview with Politis and Turkish Cypriot newspaper Kibris published on Monday.

Speaking to both newspapers prior to his departure from the island on Sunday after his meetings Friday and Saturday with the two leaders, Eide said he expects concrete moves this week to ease the current situation.

Eide said he was very cautious about giving dates but “we have to end this before summer”.

“There is no final date, but we are coming to a stage which will make things more difficult,” he added. He cited the energy issue in terms of scheduled drilling, the negative climate between Greece and Turkey and regional developments.

He expressed concern that if the process collapses, it would be “a very strong collapse” and no one would just be willing to “wait for a few years for things to take their course and for the UN to try again”.

Eide said he was already seeing some signs of international fatigue with Cyprus but this did not mean support had declined.

“A few years ago it was considered that there was no hope. But now we have support from the Security Council and the EU. All these still exist, but I see the first signs of fatigue,” he said.

The world, especially the Western world, was also in flux, especially the EU, which Eide said was “in the midst of an existential drama”, while the US was seeking its own path.

The UN special envoy said the new US Secretary of State, Rex Tillerson – former ExxonMobil – had contacted the leaders to offer US encouragement and its continued support but Eide felt Cyprus was not high on the Trump agenda. “Perhaps it is higher on the agenda of Mr Tillerson because of the involvement in energy issues,” he added.

Eide said the current impasse was down to “both the [Enosis] vote in parliament and the reactions”.

“This is a real problem when the one side, in the most delicate moment, involuntarily or voluntarily invokes an issue that touches on the fundamental fears of the other community,” he said.

Eide said both communities celebrate historical events which annoy the other, but the recent decision of the Cyprus parliament “showed a course towards a nationalist stance”.

He was referring to a development last month when far-right party Elam tabled a proposal for schools to mark a 1950 referendum on Enosis – union with Greece.

The proposal was voted through after ruling Disy abstained. Only Akel voted against. It caused a rupture in relations between the leaders and Turkish Cypriot leader Mustafa Akinci said he would not return to the table until it was rescinded.

It was not that Turkish Cypriots believed there was any danger of Enosis, but Eide said that even references to it gave the impression of nationalism. It brings back bad memories for the Turkish Cypriots, he said, adding that it was also used by previous Turkish Cypriot leaderships as a slogan to invoke their nationalism by suggesting Greek Cypriots had never given up on the idea.

Eide said he was trying to focus the real issues now because the current situation would not improve with the passage of time, if it continued.

He said he was sure the leaders wanted to return to the table and a way would be found to do that. “The main goal for me and my team is to be ready when this happens.”

He denied reports that he was trying to get the leaders together for an informal dinner, saying he did not think this was the right approach at this time.

“I think we need cooperation and determination together. A good start would be to address the cause of the crisis, but also to reduce the intensity of reactions,” he said.

He spoke about a new methodology such as the chapters being discussed in the form of a package.  Achieving more progress was difficult as things stood because each side was waiting for the other to take the first step, he said. “In this situation, a package is needed in some form. A holistic approach is needed for some issues to be solved together.”

US think-tank Atlantic Council to hold discussion on Cyprus