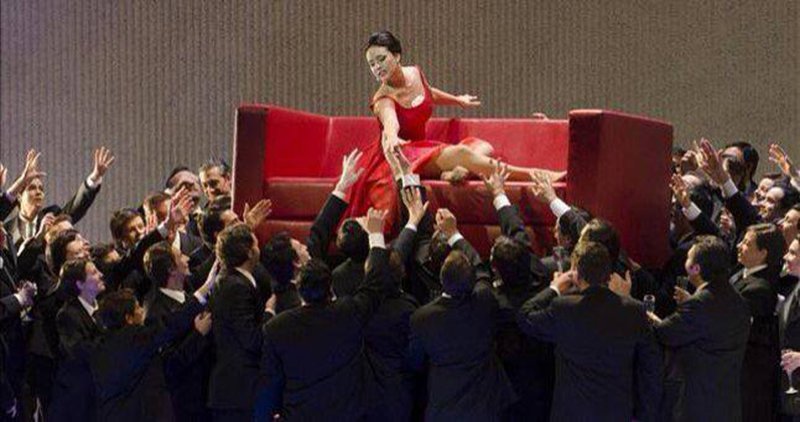 The performance of La Traviata – or the Fallen Woman – as performed on the MET stage in 2015 will be screened at K Cineplex in Paphos and at the Rialto theatre in Limassol on Saturday for everyone who loves to watch a life of glamour on screen.

The main tragic role of courtesan Violetta is taken on in this performance by Sonya Yoncheva. Yoncheva, who is the original material girl in her red, silk dress, plays opposite Michael Fabiano as her lover Alfredo, and Thomas Hampson as his father Germont.

The opera in three acts by Giuseppe Verdi set to an Italian libretto by Francesco Maria Piave, sees Violetta wearing velvet and lace and drinking the very best champagne. She puts on the best parties, her spirit is free and everyone wants to be in her company. Life is perfect until Violetta falls for Alfredo, who is lucky at cards but unlucky in love.

The acting in this performance, together with Verdi’s music that brings the feeling of freedom to life with his melodies, takes the atmosphere of merriment to its height with his drinking songs and then ends with the passion that goes into breaking hearts.

Building permit regulations to be re-examined