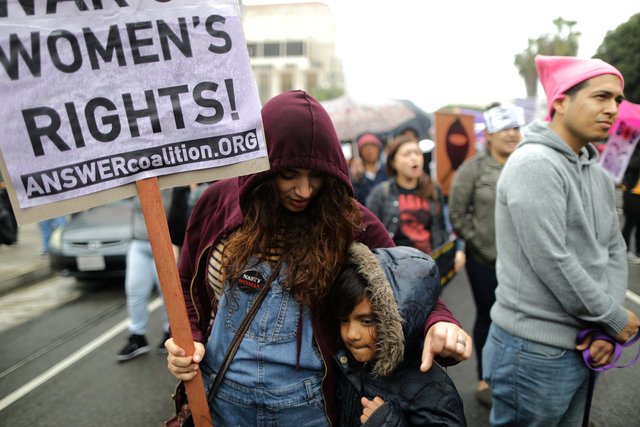 The world would be a better place for women if they had access to more and better quality jobs, according to a street survey of women and men in 10 countries in Europe, the Americas, Africa and Asia.

Ahead of International Women’s Day on March 8, the Thomson Reuters Foundation asked about 100 people in Britain, Italy, the United States, Ethiopia, Kenya, Senegal, India, Thailand, Brazil and Colombia what they saw as the biggest challenge for women.

The answers varied from concerns over violence against women to an unfair share of housework but the overwhelming concern was employment – that women had equal access to jobs, equal pay, and the flexibility to juggle work with raising children.

“For any woman having a better life means having a good job. This will make life better – work, a job and a salary to take care of herself and her dependents,” said Yolradee Saiemi, 44, a jewellery seller at a Bangkok market.

“They wake up early to find work, to buy fish and vegetables to sweep and sort out the house. If we give women good jobs, create businesses for them, we can help our families,” he said.

“The biggest problem here is employment. They don’t have an adequate job. Or they are hustlers,” said Richard Kiarie Lutta, a bus driver in Nairobi, Kenya, aged in his 30s. “The world would be better for women if they have a good job.”

Fewer women than men work globally, with about half of working-age women in jobs in 2015 compared to 76 percent of men, according to figures from the International Labour Organization.

Women are paid less in most countries, earning on average only 60-75 per cent of men’s wages, according to the World Bank.

“Despite everything that’s happened, legislation, it’s clear that there is still a complete disparity from the point of view of pay, and of expectations especially in the workplace. I don’t think there’s really been significant change despite the best efforts of people,” said Tim Redman, 59, a retiree from London.

Women also bear disproportionate responsibility for unpaid work, devoting up to 3 hours more a day to housework than men and up to 10 times more to care for children or the elderly, according to World Bank figures. 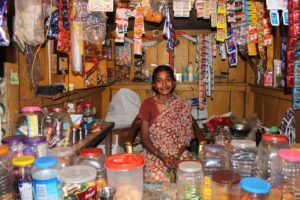 “Today everything, all work is done by women. At home and at outside, women have do everything,” said Kajol Jaidev Leela, 18, a street vendor selling handicrafts in New Delhi.

“The world can be a better place for women if men stand alongside women in every step of their lives and support them.”

Natalia Cortes, 27, a microbiologist from Bogota in Colombia said the amount of work at home was holding women back.

“The responsibility of the family falls a lot on women and that doesn’t allow them on many occasions to develop themselves professionally,” said Cortes.

Pietro Benassi, 35, a musician from Rome, said employers needed to help women to be both mother and worker.

“An answer (would be) creating dedicated spaces for children within the workplace and allow women to work in peace instead of nursery schools that are very expensive,” he said.

“If people start understanding that women are not objects, it would be a better place for everyone,” said Manish Sharma, 39, a telecom manager from Mumbai, India, where reported crimes against women rose by a third between 2011 and 2015.

“Women cannot travel anywhere … (but it’s) very necessary not only here in Delhi, but anywhere in India, anywhere in the world they can go anywhere freely without any disturbance,” said Jaideep Bindra, 24, a chemical engineer in New Delhi.

In Brazil, where studies show a woman is killed every two hours and assaulted every 15 seconds, violence was also cited as a major challenge.

“During carnival there have been many reports of violence against women. Women need to struggle for respect, equality, (and) feminism,” said Tássia Gomes, 27, a firefighter, in Rio.

But both men and women highlighted the need both sexes to work together to improve the lives of women.

“African men have never gotten the fact that what men can do, even women can do better. So that’s one major problem here in Africa,” said Paul Kiarie, 34, a Nairobi taxi driver.

“One change needs to be people’s mentality – to take women seriously, wherever: in jobs, business, politics, everywhere. If they would take us seriously we would advance more,” said Yeshi Woldehiwot, 52, who owns a leather goods shop in Addis Ababa.

Gregory Ferguson, 19, a student in New York City said women should be given the rights they deserve.

“We all have lived on this planet for the same amount of time. Life goes on because of women. You can’t just have a kid without women. How would we survive without women? They should be appreciated more.”