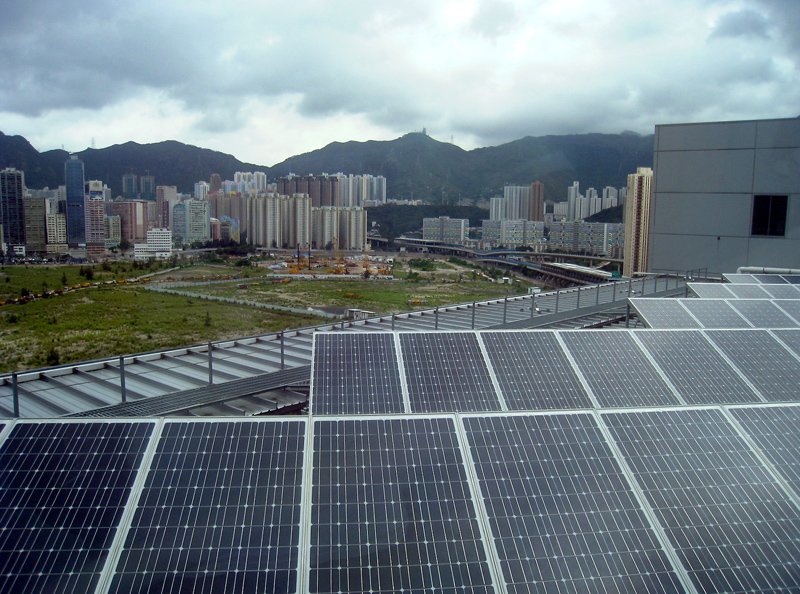 China has become a global leader in renewable energy deployment

If the U.S withdraws from the climate arena, China could seize the opportunity to fill the vacuum and, in turn, exercise greater leadership in global affairs.

The transition from President Obama to President Trump has triggered fears that the new administration will overturn many of the policies, programs and successes of the last eight years. These fears are especially strong concerning the issue of climate change. While the policies of the new White House are still unclear, President Trump has appointed a number of people who have opposed the climate initiatives and, in some cases, expressed skepticism that the human-induced climate threat even exists.

The concern in many circles is that the administration will walk away from the Paris Agreement and repudiate the ambitious emission reduction targets set out in the U.S.-China bilateral agreement signed by Presidents Obama and Xi Jinping in November 2014.

So will China, which emits more CO2 than the United States and the European Union combined, also withdraw from its commitments to stabilize emissions by 2030, and meet its non-fossil fuel targets?

The early indication is that China will not be influenced by the actions and rhetoric of a Trump White House. Counter to many perceptions, China’s commitment to emission stabilization is not the result of pressure from the United States and Europe, but rather a deliberate choice based on China’s domestic economic and its deteriorating environmental situation.

Two days before Trump’s inauguration, President Xi Jinping addressed the United Nations Office in Geneva and reassured the international community that “China will continue to take steps to tackle climate change and fully honour its obligations.” Some of those obligations include: peaking its total greenhouse gas emissions around 2030; increasing the share of non-fossil fuels in primary energy mix to 20 percent; and reducing CO2 emissions per unit of GDP by 60 to 65 per cent below 2005 levels by the same year.

So what benefits does China expect to achieve from its ambitious climate initiatives?

The first, and most urgent motivation, is to curb its unbearable air pollution in its urban areas. Burning fossil fuels emits various air pollutants. These pollutants are not only locally detrimental, but even worse, they trigger complex chemical reactions in the atmosphere and form secondary pollutants – such as fine particular matters called PM 2.5 – which can be spread over long distances. Such pollutants create the dense blanket of smog that hangs over China’s northern cities in the winter months.

Yet China’s power sector and heavy industries still heavily rely on coal, the dirtiest of the fossil fuels. The country accounted for half of global coal consumption in 2015. As a result, a large part of northern China is plagued by periodical heavy air pollutions, with PM 2.5 concentrations more than 20 times higher than the healthy level recommended by the World Health Organization. Pollution levels this past winter have been especially bad, ratcheting up the political pressures to take stronger actions.

In order to ease the public’s anger, one of the most effective approaches has been to reduce overall coal consumption. Over the past few years, China has been shutting down small coal mines and energy inefficient factories. In January 2017, China’s National Energy Administration cancelled construction of more than 100 planned coal-fired power plants. At the same time, China has become a global leader in renewable energy deployment. Solar and wind electricity generation capacities increased by 177 percent and 34.6 percent annually from 2010 to 2015, and the growth is likely to continue given the government’s substantial programmatic and financial support.

Reducing concentrations of PM2.5 has the benefit of reducing emissions of carbon dioxide. Over the next few years, China will re-double its efforts to reduce its emissions of conventional pollutants. In fact, the rate of China’s reduction in carbon emissions may be faster than officials predicted two years ago due to the increased pressure to reduce conventional emissions.

An even more compelling motivation behind China’s climate policy is the need for an economic structural transition. China needs to cut excessive capacity in heavy industries on the one hand, and find new sources of economic growth on the other. Promotion of low carbon development represents vast opportunities for new business models and technological innovations that can reinvigorate the economy.

This commitment to a future low-carbon economy is not only pervasive throughout China’s central government, it is replicated at the provincial and local levels. The momentum has been growing and it would take an unprecedented economic collapse to reverse it. Ironically, in this unlikely situation, carbon emissions would fall not because of government policy, but because of the collapse.

If the world is to reach the two-degree centigrade target set at the Paris conference in 2015, significant actions will be needed beyond those proposed in the programs and policies announced by national governments to date. Thus, there is a possibility that, in future international climate negotiations, the inaction of the U.S. could discourage China and other countries from ratcheting up their mitigation efforts, leading to a much bleaker environmental future.

But we should also recognize the possibility that China will play a more proactive role in global climate governance as the U.S. retreats. Beijing has long sought to break through the U.S. dominated world order and exercise greater leadership in global affairs. If the U.S. withdraws from the climate arena, China may seize the opportunity to fill in the vacuum left by the U.S. Certainly the recent remarks on this subject by President Xi point in this direction.

China’s commitment to stabilize and reduce its greenhouse gas emissions is not simply a short term political move to placate Western environmental interests. It represents a fundamentally historic transition from a carbon-based economy to a future decarbonized world. China’s climate initiatives are based on their own interests, and are not likely to be derailed by a U.S. retreat under President Trump. Henry Lee is the Jassim M. Jaidah Family Director of the Environment and Natural Resources Program within the Belfer Center for Science and International Affairs at Harvard’s John F. Kennedy School of Government, Mr. Lee spent nine years in Massachusetts as Director of the State’s Energy Office and Special Assistant to the Governor for environmental policy, and has worked with the U.S. Departments of Energy and Interior, the National Research Council, the Intercontinental Energy Corporation, General Electric, and the U.S. EPA. Pu Wang is a Postdoctoral Research Fellow at the Belfer Centre for Science and International Affairs, Harvard Kennedy School. Mr. Wang received his Ph.D. from Cornell University in the field of natural resources in 2014.”

Police investigating identities of 13 people found near the buffer zone

Houses evacuated after fireworks go off in Paralimni blaze