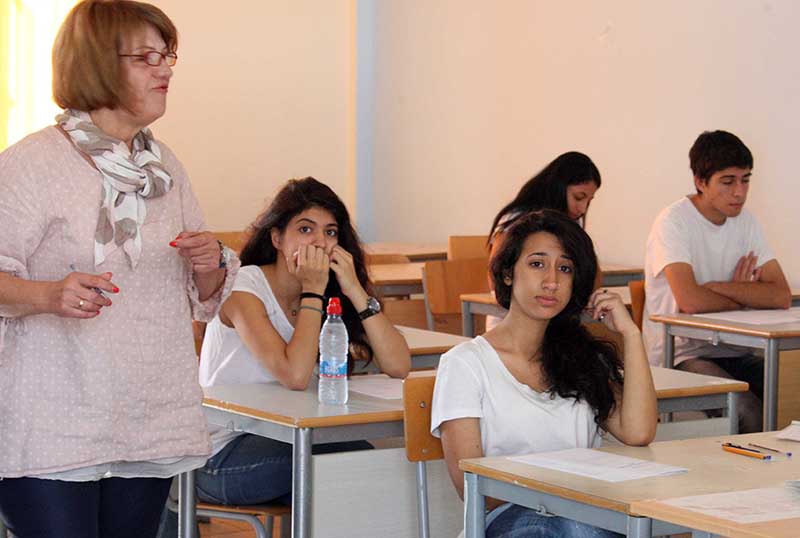 Thousands of teachers from Greece are expected to take the upcoming exams for places as teachers in Cypriot state schools, while one in four of those on the current waiting list system is Greek.

According to the Greek daily Ethnos, between 12,000 and 13,000 Greek educators are already enrolled on the Cypriot Educational Service Commission’s waiting lists while many are preparing to take the first written exams, between September and December, as per the new teacher appointment system which will be based on merit. To-date teachers are appointed according to the waiting lists, with positions given to those on the top of them.

The education ministry has already announced the material on which candidates will be tested. The new appointment system will take into consideration each candidate’s exam results, his or her university degree grade, additional academic qualifications, and teaching experience.

Educators from all EU member states are entitled to apply as long as they speak Greek, thus gives an advantage to teachers from Greece. Ethnos reported that several private schools in Greece currently offer preparatory nine-week courses for the hopefuls at a charge of €2,500.

Representatives of Greek teachers’ associations told Ethnos that many, especially young educators, look to Cyprus for job opportunities as there is high unemployment in Greece, while there is also a freeze on new appointments in state schools. The common language is one less barrier, they said.

But higher salaries could also be an incentive as the minimum introductory salary of teachers in Cyprus is almost double that in Greece.

According to a study by the European Education Information Network Eurydice on teachers’ salaries in Europe for 2015 and 2016, the annual introductory salary of teachers in Greece is €13,104 and the maximum salary is €24,938 after 36 years of experience. School heads earn between €16,474 and €29,138 depending on years of service.

In Cyprus, the introductory salary is €23,885 and reaches the maximum basic statutory salary of €58,107 after 22 years of service.