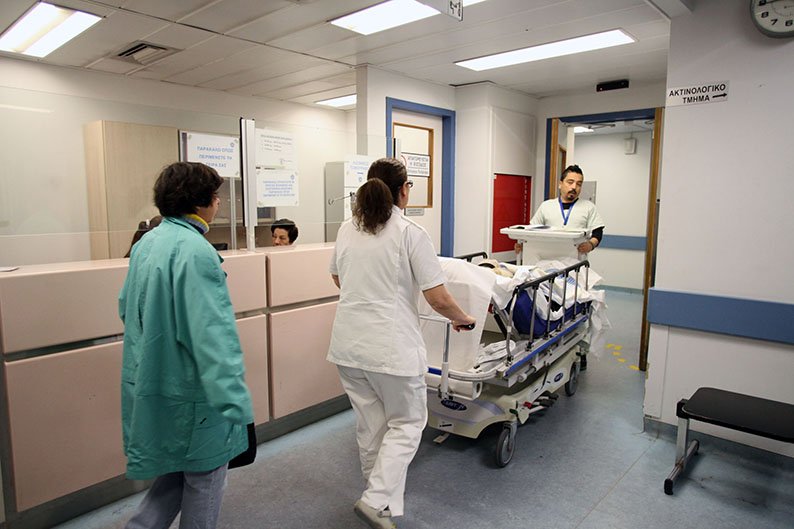 The chairman of the Fiscal Council, which consults the government on budget matters, said that he was concerned about pressure on public finances caused by an increase in demands by interest groups, in the 12-months run-up to presidential elections.

Demetris Georgiades who chairs the body set up to help avoid a new fiscal derailment said that after the government and nurses’ unions signed an agreement on Tuesday raising the entry level wages for state hospital nurses with a university degree, it was “premature” to express an informed opinion without seeing actual figures.

“But personally, this phenomenon is for me a cause of concern and I am sure it is for many others as well,” Georgiades said in an interview.

The upgrade of pay scales for nurses with a university degree which, will be implemented in full by 2023, was the main demand in a prolonged strike a year ago. The Anastasiades government rejected the demand back then, arguing that it would burden the budget with an additional €30m a year and encourage other groups to demand a similar upgrade of their pay scales.

While the unions representing the 3,200 nurses at state hospitals welcomed the deal on Friday, the announcement prompted several groups, including doctors and radiologists at public hospitals to also demand an upgrade of their pay scales.

The upgrade of the nurses’ pay scales “combined with the beginning of the election campaign and the exceeding of fiscal targets, will create fertile ground for demands by groups,” Georgiades said. The body already advised the government that it should instead commission a study to produce a “remuneration setting mechanism for each position, even every single worker, as well as career advancement and pay increase procedures,” he added.

“This mechanism has to take into account, among other things, what is in place in the private sector, corresponding remuneration in the rest of the European Union and in particular in the Euro area, productivity, the (degree of) responsibility of each position and of course what the state can afford,” Georgiades said. “This would not only protect public finances but would also allow the state to spend in a more rational and effective manner without affecting the productivity and competitiveness of the economy”.

Cyprus, which completed its economic adjustment programme a year ago after regaining market access in 2015, is still rated non-investment grade by all major rating companies, partly because the €19bn public debt exceeded GDP, and partly because of the non-performing loans which account for half the loan portfolio of banks.

Setting up a remuneration mechanism would also provide every government with suitable “arsenal” of arguments to counter the excessive demands of organised groups and citizens, Georgiades said. He added that the Fiscal Council had already warned that the government’s decision to offer “ex gratia compensation” to porters at the Limassol port would create a precedent and prompt other groups to make the similar claims.

In October, finance minister Harris Georgiades said that Cyprus’s main obstacle to economic recovery was “irresponsible populism” and proposed instead policies which would benefit the society.

The head of the Fiscal Council said that while he was concerned about the direct fiscal impact of the pay scale upgrade, he was more concerned about a possible negative impact on reforms, which inter alia included the introduction of a national healthcare scheme that required financially autonomous public hospitals.

The cost increase may render reforms financially non-viable, he said.

In January, the parliament rejected a bundle of reform bills to modernise the human resource management of the civil service which included a provision to link the public payroll to economic growth.