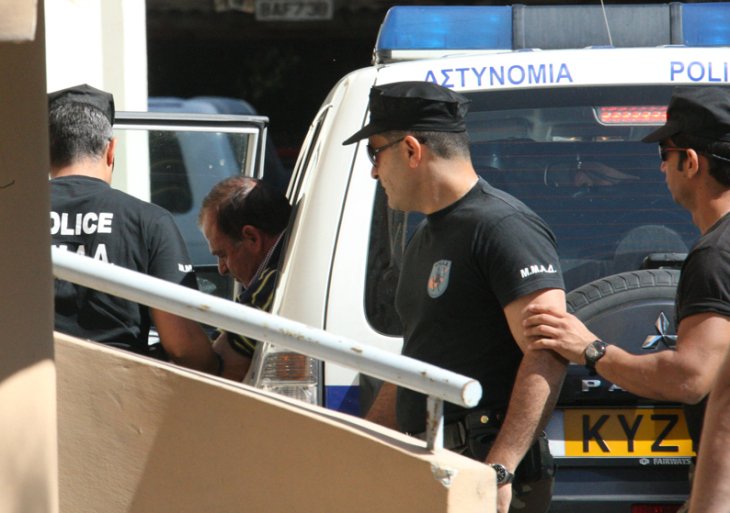 Andreas Onoufriou, seen getting out of a car for a court appearance, was sentenced for 20 years

‘Imperfections’ in the system were blamed on Wednesday for the interior ministry’s blunder in registering a political party whose leader was dangerous convict Andreas Onoufriou.

Commenting on a media report, Interior Minister Socratis Hasikos blamed the blunder on flaws in the system.

“It appears that through imperfections in the system, such a party was registered (on the political party registry),” he said. “As soon as the relevant interior ministry service, specifically, the keeper of the registry, found out there had been deceit, he decided to strike the party in question off.”

The party, Justice Movement, was struck off the registry on February 22 after the authorities discovered that its leader, Onoufriou, was a convict. Onoufriou’s party had been successfully registered in November 2016.

In a letter to Onoufriou, the ministry notified him that the registration was revoked “because he concealed his conviction” and “the place of residence, yours and other members of your party’s leadership”.

The decision was also influenced by the fact that the chairman of the party had been “convicted numerous times, twice for attempted murder, possession of explosives, escape, possession of firearms, and others, which raise questions about the seriousness of the objective and aims of the party that bears the name Justice Movement.”

The letter asked Onoufriou to hand over the registration certificate to the prison administration so that it could be returned to the ministry.

The 66-year-old convict is currently doing 20 years in connection with the attempted murder of four police officers and possession of firearms and explosives.

Onoufriou had been charged with attempted murder after he fired against a police officer with an army-issue G3 assault rifle on April 24, 2014 while trying to avoid capture following a search of his apartment over suspicions of possession of firearms.

Five days later he opened fire at police officers outside his hideaway in Layia village in rural Larnaca while holding his five-year-old son with one hand and the assault rifle in the other.

In 1996 Onoufriou was sentenced to 18 years in jail for the attempted murder of a judge in Limassol, Michalis Mavronikolas, and was released in 2008.

In 2012 he was also named in a plot to murder then attorney-general Petros Clerides but the charges were later dropped.

UK sees brighter 2017 but Brexit to weigh in following years