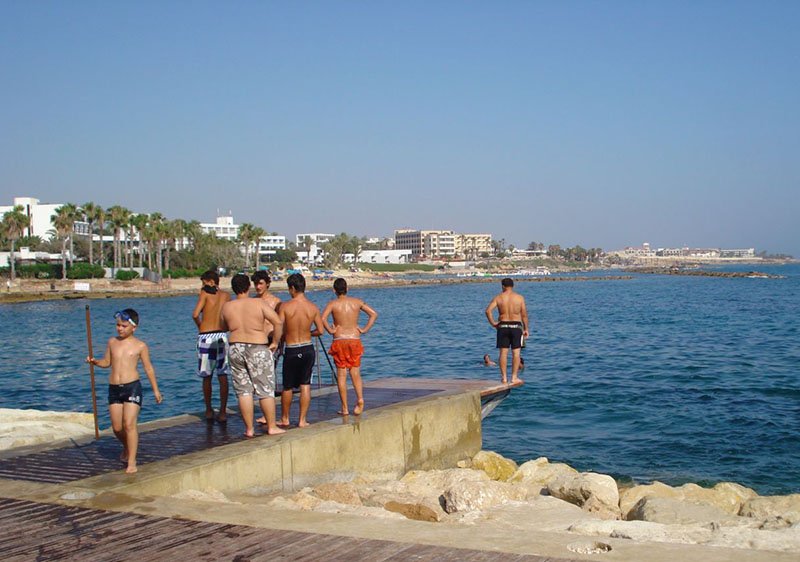 Paphos is proposing that the Higher Hotel Institute (HHIC) is moved from its current location in Nicosia to Paphos, to halt its demise, and the mayor on Tuesday sent a letter to the President to make this suggestion.

Head of the Paphos hoteliers Euripides Loizides said interest in the institute is steadily declining.

“It appears that the demand to study at this institute in Nicosia is waning, numbers fell from 300 to 170, despite a huge investment for 600 students,” he told the Cyprus Mail.

He said that the high cost of living for students in Nicosia, coupled with a lack of hotels and other tourism facilities have caused a dramatic drop in interest.

The hotel owner said that as Paphos is a tourist destination, it makes sense to train future generations in an area which is geared towards their chosen industry.

“It would be far better to move the institute to Paphos, students can study during winter and work during the summer gaining actual relevant experience in hotels here and so on,” Loizides said.

He said that incentives must be given to encourage students to want to join the tourism industry in Cyprus and study at the institute. Loizides noted that Paphos also has a much lower cost of living than Nicosia and benefits from an exclusive hotel industry.

“A move to Paphos would help to improve the status of the institute, help to create new jobs and as Paphos has an airport, it will be easy to access for overseas students,” he added.

He said that the institute is currently costing the government huge sums of money as it is housed on an expensive plot in Nicosia in an expensive building, with high overheads for only 170 students.

Paphos is proposing that the facility is moved to a new building in central Paphos which has already been partially constructed. It had originally been earmarked for a new Paphos town hall, but this idea has since been dismissed.

Estimated costs to move the institute are around €8 million, which could be reduced, Loizides said. He added that as an incentive, Paphos municipality would cover the cost of the plot and the €2 million which has already been spent on construction.

“I believe that the costs for the state could further be reduced if provision for accommodation was removed from the plan. I think it’s a mistake to include it, it drives up the construction cost and there is plenty of accommodation suitable for teachers and students in Paphos,” he said.

The matter was discussed at a meeting which Loizides attended, and which took place at Paphos town hall on Monday between mayor Phedonas Phedonos and members of SEKO – the Coordinating Committee of Parties and Organisations, of which the mayor is also the head – representatives of the chamber of commerce, local MPs and councillors.

A municipality spokesman said: “On Tuesday, the mayor of Paphos sent a letter to the President of the Republic concerning their proposal to the government – to transfer the institute of hoteliers to Paphos.”
The mayor noted that the relocation of the facility to Paphos would recognise the important role that the town and district offer to the tourism industry.

This would mean multiple benefits for both Paphos and the Institute itself as students would have the possibility of practical training in tourist areas of the town, he noted. “Paphos has a wide range in accommodation, from luxury hotels by the sea with all possible amenities including business centres, sea water swimming pools, exotic gardens and spas and many rooms available.”

Loizides said that all those at the meeting were in favour of the relocation.