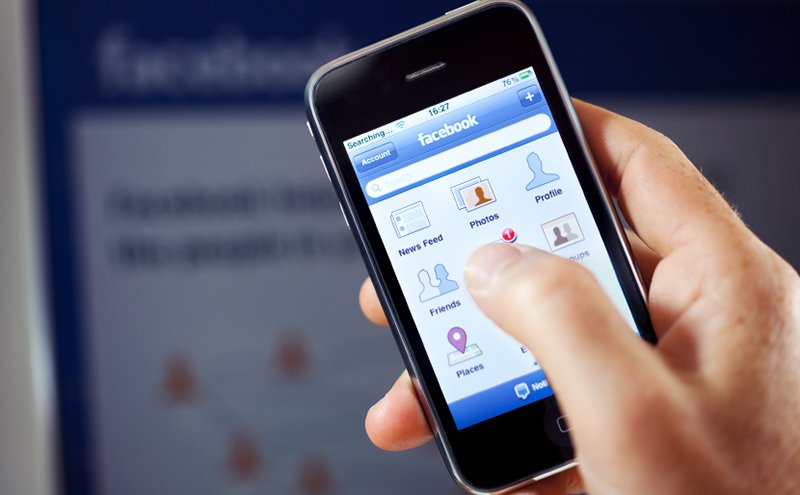 What does Cyprus have the most of? Mercedes drivers? University graduates? Stray cats? Well yes, probably all of the above. But what we’re about to be famous for is Facebook: a recent study by Limassol-based design company FOUNDiiD, published by researcher and social psychologist Paul McEvoy, has revealed that Cyprus has the highest percentage of internet users on Facebook in the whole of Europe…

Apparently 94 of every 100 of us online have a Facebook account: pretty much the whole island regularly posting, sharing and liking. And while this may not include dear old Granny in the village (unless she’s got a smartphone, she won’t count as an internet user), it’s still fairly phenomenal market penetration – and certainly the highest in Europe! So what on earth is it that we’re all looking at on the site day in and day out, and why does Cyprus, a tiny island of fewer than a million people, have such a penchant for the original social media site?

The reasoning behind this “social media island” says McEvoy, is that we live in a small, close society. “In a smaller society people are much more aware of what others are doing and curious about others,” he suggests. Thus it’s places such as Gibraltar, Monaco and Iceland which top the list of global Facebook users – all countries with small, interlinked populations. And, quite possibly, places with high numbers of immigrants and emigrants, all trying to keep in touch with what’s going on back home – wherever that might be…

“My children are in Australia and the US, my grandchildren are doing everything from touring New Zealand to studying in the UK,” says 73-year-old ex-nurse Emma, who says Facebook is the perfect way to keep in contact with her globe-trotting family: “It’s the one site we’re all on; I can’t do this tweeting business or that Instagram thing, but Facebook is easy to use. And it lets me keep up with what everyone is doing; I usually log on over breakfast and catch up with family posts and pics from different time zones!”

Emma is just one of the 1,800 million active Facebook users worldwide, a number far greater than that of other social media networks (if Facebook were a country, it would be the most populous in the world, well ahead of both India and China). None of the others come close, from Instagram (600 million selfie-snappers) to Tumblr (550 million friendless bloggers), Twitter (317 million extroverts with ADHD), Pinterest (150 million American housewives), or LinkedIn (106 million ambitious professionals).

But while there’s been talk of late about Facebook saturation, and platforms such as Instagram are growing at a phenomenal rate, here in Cyprus it’s still the go-to social site for all ages – and all reasons…

“Facebook is the easiest way to find out what’s breaking, to keep up to date with the news,” says 45-year-old lawyer Petros, who believes those who are middle-aged tend to use the site as a source of both networking and news. “Who has time to log onto the BBC each morning? Facebook feeds me the news I need throughout the day.”

53-year-old Larnaca resident Adam, meanwhile, claims Facebook is the most efficient business tool on the island. “I run an entertainment company, and Facebook is the best way to promote our events. We’re reaching almost the whole of the island in a way we wouldn’t with the more specific audiences of Twitter or Instagram: we can see who’s reacting and interacting with us, and target groups effectively. Oh, and I can keep an eye on what my kids are up to as well!”
Peyia-based former teacher Georgia claims the social media platform is perfect for finding out what’s happening in her region. “When you retire, you suddenly have a lot of time on your hands; Facebook tells me what’s going on in my area. I’m an avid knitter too; I’ve found out about crafting groups through Facebook, plus I can follow pages such as Ravelry and Cards and Crafts…”

Speaking of pages, the island’s most-liked is well in line with our local mentality – because you know we’re all about the food, right? Well our top two most-liked Facebook pages are McDonald’s with 67,234,642 likes – I don’t know how this happened; we don’t even have a million people on the whole island! – and Pizza Hut with 28,807,722. According to likealyzer.com, we also enjoy sports (Apoel gets a huge thumbs up, with over 100,000 likes, closely followed by Omonia at just under 100,000), entertainment (Guaba is our eighth most liked Facebook page), finance and education.

In comparison, the British are all about the footie (the Manchester United Facebook page tops the board with over 72 million likes); Australians are sweet-toothed (the Nutella page clocks in first at nearly 30 million likes – what price Vegemite now?); our cousins across the water enjoy being squeaky clean (Dove is by far the most-liked Facebook page in Greece, with almost four times as many thumbs up as its closest rival); and Americans enjoy entertainment, with Eminem rapping his way into first with over 90 million likes, followed by Rihanna with 81 million…

“You can’t beat Facebook for the latest music videos or movie trailers,” says 32-year-old creative Tony. “It’s kind of easier than trawling through YouTube and a great diversion from real life.” Lara, a 22-year-old trainee accountant, also uses Facebook as an escape: “It’s the first thing I do when I get home from work – it takes your mind off the fact that you’re working hours a day for terrible money – suddenly you’re reconnecting with friends and dodging the daily grind! I love Instagram and Pinterest, but Facebook gives me more depth.”

But what about our youngest users? Last year, the idea that millennials were eschewing Facebook for being a ‘mum site’ was much in the news. But apparently that hasn’t happened here in Cyprus, and perhaps it’s this constant influx of younger users who are driving our stats. “I have 1,000 friends on Facebook,” claims 14-year-old Marios. “I haven’t met all of them but I like to know what’s going on.”

Fellow teen Athena agrees: “You have to be on Facebook here – it’s how we all talk to each other; we’re online all the time! You find out who’s going where, or what parties are happening, what the trends are… We even use it to find out what our homework was or comment on our teachers or boys!”

Networking, business, discovering new ideas and groups, checking up on our kids, connecting and reconnecting – Facebook seems to be the one site Cypriots can’t do without: it may be considered a bit passé in other countries, but in this small island community, Facebook still tops the heap. Perhaps it’s our mentality: growing up here, everything we did was known to everyone almost instantly… chuck a brick through a window and your grandmother would know what, where, when and who long before you made it home! Do we all feel so comfortable with Facebook for just this reason: is it our modern-day equivalent of the granny network, I wonder?

Video emerges of man claiming to be murdered N.Korean’s son

House panels to launch fight in Congress over Obamacare replacement