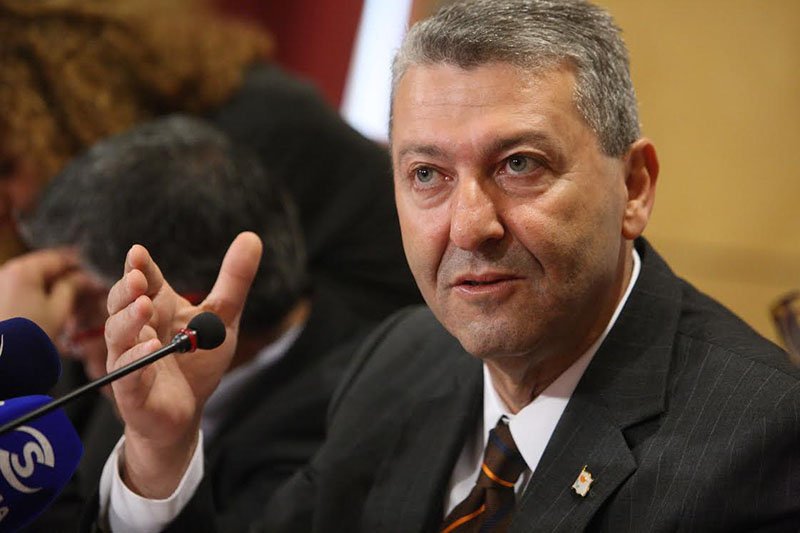 A follow-up seminar on the Cyprus problem, organised in Paphos on Friday by parties opposing President Nicos Anastasiades’ stance in the talks for not being assertive enough, will not be attended by the Citizens’ Alliance although the party had been included in the line-up of the first discussion in Nicosia last December.

At the Paphos event, which will be open to the public, the leaders of Diko Nicolas Papadopoulos, Edek Marinos Sizopoulos, Solidarity Eleni Theocharous and the Greens Yiorgos Perdikis, will present their views in speeches.

The four parties – comprising the self-proclaimed “assertive” or “patriotic” front – have agreed to run a single candidate in next year’s presidential elections.

The Citizens’ Alliance’s presumed inclusion in the coalition seems to have been ill-advised, as leader Yiorgos Lillikas’ recent moves, mainly leaks from last week that he intended to announce running for president on March 12, signalled his unwillingness to put his candidacy up for approval by other parties.

Lillikas mounted a failed bid for the presidency in 2013, then backed only by Edek.

He stated in an interview this year that there is no way for anyone to be elected to the presidency without the backing of one of the two big parties – Disy and Akel.

Indeed, every elected president has been supported by one of the two.

But the rest of the parties disagree, arguing that all it would take to break up the norm would be for them to come together in a third unit, if only for purpose of electing a president.

News of Lillikas’ intention to abandon the coalition has caused friction with the rest, who have criticised his going rogue daily.

Signs that the Alliance leader was never too eager to be part of the gang appeared as early as three months ago.

Although the party did attend the first Cyprus-problem seminar organised by the ‘centre’ parties in December, it was represented by press spokesman Alexandros Michaelides, whose presence on the panel alongside the leaders of the rest of the parties raised some eyebrows.

Then, at the conference on Cyprus in Geneva in January, where Anastasiades had been flanked by his negotiating team and party leaders, the coalition decided to boycott a social event organised by the UN for all delegations in protest of the form of the talks.

Lillikas refused to join them, attended the cocktail reception, and did not sign his name to the statement they put out announcing their decision.

As talk of entering campaign season started earlier this year, ahead of next year’s presidential elections, rumours started making the rounds that Lillikas had approached main opposition Akel to see whether the party might be willing to back his candidacy.

Although the unofficial talks reportedly got nowhere, it was one more sign that the “patriotic front” was not as solid as those comprising it would have hoped.

But while patience with Lillikas’ tactics may be wearing thin, he has been extremely careful not to burn any bridges.

As leaks painted him as being ready to announce running last week, he was arranging meetings with Diko, the Greens, and Solidarity, ostensibly to talk about the election and feel each other out.

Conspicuously absent from his list of meetings was socialist Edek, the only party that officially backed Lillikas in the run-up to the 2013 election.

Animosity between Lillikas and the socialists may stem from the fact that the party’s backing was conditional on his explicit pledge to not capitalise on electoral gains by founding a new party, which he did two months after the election.

On Thursday, Edek leader Marinos Sizopoulos denied the party had been avoiding meeting Lillikas, saying it had proposed a meeting for early afternoon Friday.

“We are awaiting a response,” he said.

“But before we can talk about names, all the parties interested in radically changing the Cyprus problem policy must discuss and define the criteria a candidate must fulfil. Only then can we talk about names.”