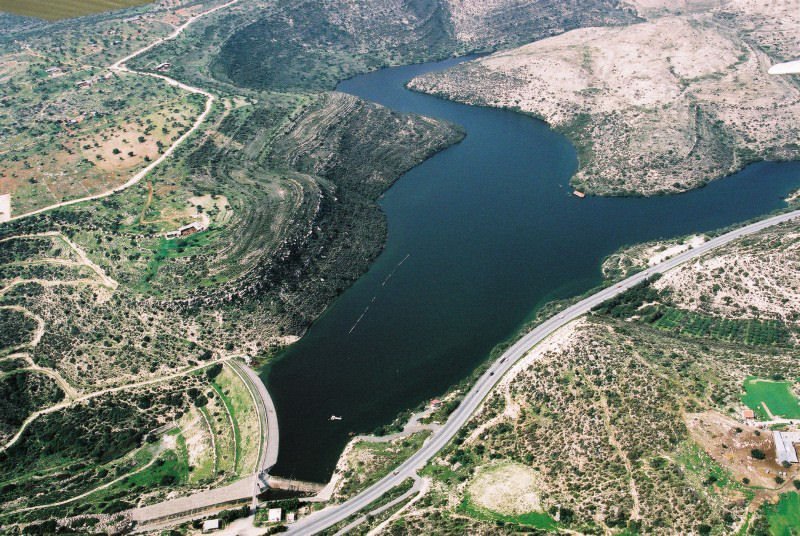 Polemidia reservoir has been polluted by the nearby Vati landfill

Water in the Polemidia reservoir in Limassol has been polluted by chemical waste from the nearby Vati landfill, and all water sports and fishing should stop immediately as it poses a public health risk, MPs warned on Wednesday.

They urged the Water Development Department (WDD) officials to enforce a total ban on activities at the reservoir as contact with its water and inhalation of dangerous chemical and bacterial waste pose serious health risks.

Greens’ MP Charalambos Theopemptou told members of the House agricultural committee that polluted water from the Vati landfill – which is one of the biggest dumps on the island – flows through the river and ends up at the Polemidia dam.

He added that in addition, the reservoir is also polluted by sewage and “with all the biological and chemical loads in them”.

But even though the WDD has warned of the bad water quality, he said, a sports federation insists on carrying out water ski events at the reservoir.

“This, has to stop,” Theopemptou said. “Until a sewage treatment system is in place and other remedies are applied – processes that will take years to kick in – public health must be protected.”

The head of the committee, Adamos Adamou, said that the water skiing is taking place even though the WDD and the agriculture ministry have already forbidden them and have also posted warning signs and fenced off the area with barbwire.

According to a study carried out by lecturer Maria Antoniou of the University of Technology, Adamou said, getting in contact with the dam water or inhaling fumes coming from the reservoir, could cause tumours.

He added that a representative of the Cyprus Sports Organisation had said they had no idea as to the dangers, when drilled about the water ski events.

Representatives of the water sports group told MPs that they wear wet suits when so their skin is not directly exposed to the water. The group has also erected facilities on site, which are illegal and must be demolished, Adamou said.

Adamou later told the Cyprus Mail that the water is also used for irrigation.

“The WDD told us that the water used for irrigation is pumped from two metres underground and that it is not affected by the pollution. We told them that this has to stop,” Adamou said.

He added that the agriculture ministry, under whose authority the WDD lies, must come up with ways to prevent anyone using the reservoir for any activities.

“On the one hand, they did not give permission to the water sports federation to carry out events there, but on the other hand, they do nothing to stop them from organising them,” Adamou said.

He said that the ministry is preparing a set of rules concerning reservoirs which include provisions on when reservoirs can be used for activities, as existing legislation does not provide for what happens when the water is polluted.

“But until then, all activities at the reservoir must stop yesterday,” Adamou said.

Our View: How can a prudent finance minister now support such reckless spending?