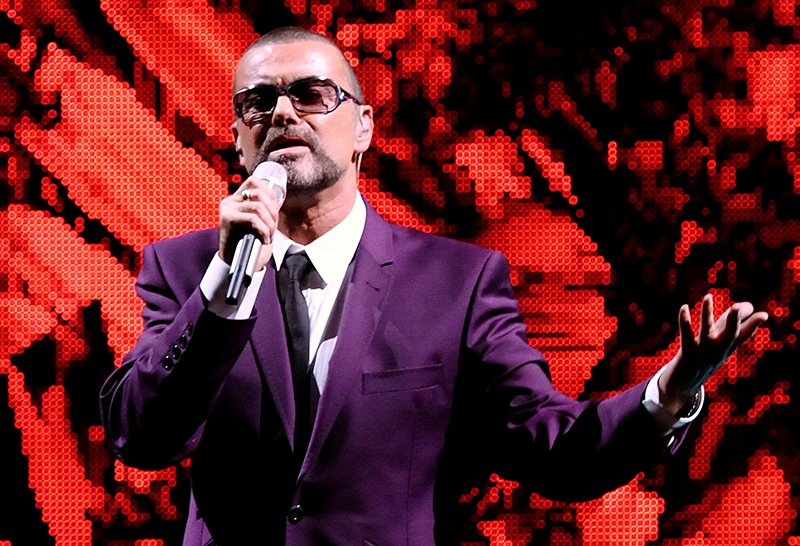 Fadi Fawaz, George Michael's boyfriend, insists everything is being kept quiet about the singer's funeral

The 53-year-old singer is expected to be laid to rest in the coming days – 10 weeks after his tragic passing on Christmas Day (25.12.16) – after a coroner revealed earlier this week that he died of natural causes, but his on/off partner is being kept out of the plans.

He said: “The funeral? I can’t give you an answer, everything is being kept quiet.

“I can’t tell you about the funeral – it should have happened a long time ago. This has gone on and on. I was in the middle of it all.

A coroner found earlier this week that the ‘One More Try’ died from dilated cardiomyopathy with myocarditis and fatty liver.

But there had been speculation his passing was connected to drug abuse, and suspicion was cast over Fadi because he had slept in his car the night before he found George’s body.

Though the hairdresser found the rumours “upsetting”, he could understand why people were suspicious.

He told The Sun newspaper: “Yes I know people thought that, but it’s because that’s what we do as humans – we hate each other.

“I know it’s quite normal, it’s natural, but it’s still upsetting. I’ve had it myself. We’re human, and in a way I understand it.

“People can die at any age – people die at three years old, five years old, it’s something we can’t control can we.

“This week was a relief for me, because at least I’m not doubted. And that’s incredibly important for me because can you imagine how it feels that people would doubt my love for him? It’s horrible.”

And Fadi has been left further saddened because none of George’s family or management team have helped or “looked after” him.

He said: “Nobody helps me, you know. My relationship was with George. It’s sad, and it’s not right.

“I haven’t been looked after, but we don’t do that do we. It’s all part of life, and anything can happen, but I’m happy to take the experience.

“You take nothing with you anyway. I am that kind of guy believe it or not, it’s all ok. I am resilient because I understand how things work. I’m grateful for everything.”

And the 43 year old still hasn’t come to terms with his lover’s passing and has no intention of moving on any time soon.

He said: “I haven’t been able to think about moving on with my life yet, I haven’t thought of that yet.

“The worst is yet to come – the way I feel is that George is still alive. For me, he’s still here. It hasn’t hit me, and it’s going to hit me bad.”