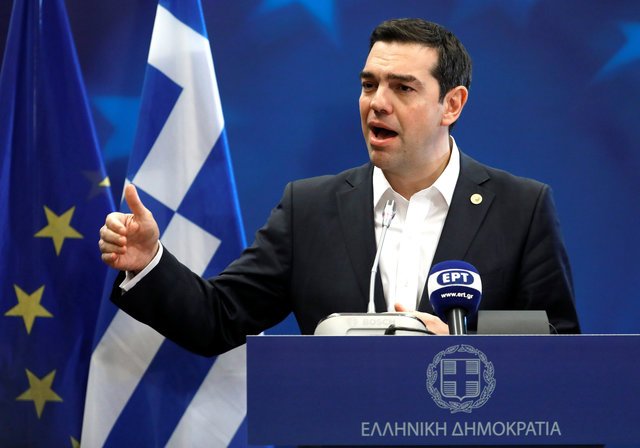 Greek Prime Minister Alexis Tsipras said on Friday there had been significant progress with lenders on a bailout review, and that he hoped for a comprehensive deal by April.

Creditors started fresh negotiations with Athens last week on signing off on a new bailout review under the terms of the country’s €86bn financing facility. The talks have dragged on for months amid disagreement on fiscal targets and whether the International Monetary Fund will come on board.

“In my view there was significant progress … it is possible to have a technical deal by the Eurogroup on March 20, and it is perfectly feasible to have a comprehensive deal covering medium-term measures on debt by April,” Tsipras told a news conference in Brussels. Greece’s reference to a “comprehensive deal” includes a staff-level agreement with lenders on energy and labour reforms and fiscal issues and clarity on medium-term debt restructuring to keep its debt mountain manageable.

Tsipras, speaking after a summit of EU leaders in Brussels, said he expected peace talks on ethnically-split Cyprus to remain stalled until after a Turkish referendum on April 16.

Turkey, whose role in a post-reunification Cyprus remains a highly sensitive issue in the talks, will hold a referendum on April 16 on boosting the powers of President Tayyip Erdogan.

Cyprus has been divided since 1974, when Turkey invaded the north in response to a brief Greek Cypriot coup engineered by the military then ruling Greece.

Medical students want to be taught by professors, not state doctors