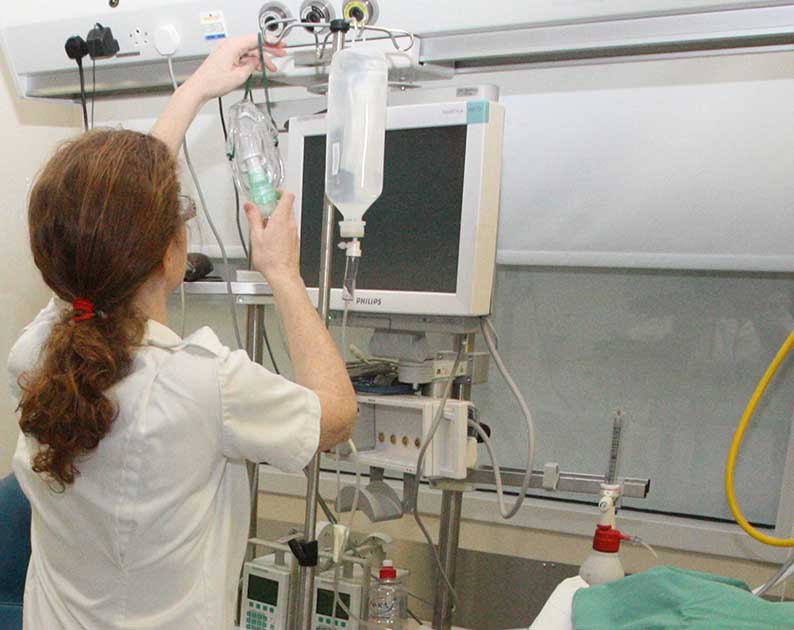 Medical students from the University of Cyprus have appealed to President Nicos Anastasiades, to intervene and allow their professors to teach them during internships at state hospitals, it emerged on Friday.

In the letter, published in Phileleftheros, the fourth-year medical students claimed their education was suffering as a result of disagreements between the university and state doctors regarding practical training.

The agreement between the university and the government as regards the training of medical students in state hospitals was put on hold last fall after state doctors at Makarios hospital went on a three-hour work stoppage to protest against the presence of the then dean of the medical school Dr Zacharias Zachariou, who had gone there to assume duties.

State doctors said they found the cooperation agreement between the ministry and the medical school to be irregular as it was approved by the cabinet and not by parliament. They had also complained that state doctors were being unfavourably treated due to this agreement and that there was also a huge difference in salaries as university doctors’ annual income would be more than three times that of state doctors.

Negotiations between the two sides continue, but no agreement has been reached yet.

Fourth-year medical students however, already began their clinical training at the Nicosia general hospital in October, without the supervision of their university professors.

“Unfortunately, while a semester and a half have passed, our academic lecturers have not been allowed into hospitals to teach us our clinical part of the study, but are merely present in the room as observers without being able to practice their research and clinical work and by extension to teach,” the letter said.

This, students said, is in contradiction with international guidelines of the World Federation for Medical Education.

At the moment, students are being trained by hospital doctors.

“But for the establishment of a proper university clinic and the successful evaluation of our degree from the international external committee, the substantial involvement and leadership in teaching also of academic physicians is required, who have the expertise to implement the curriculum and student assessment during clinical training,” they said.

Students called on the president to intervene so that existing problems “that hinder our excellent clinical training”, are resolved. They also asked the president help so that any personal interests are sidelined.

“We laid our trust on our country. We stayed [in Cyprus] to support the state medical school thus contributing to the effort to upgrade public health in our island.

It is therefore our right to receive the best education so that we can give back tomorrow to the maximum as doctors,” students said.

If no decision is taken to validate the admission of the teachers in public hospitals, they said, it would aggravate the already existing problem of the understaffing of the medical school as it would not attract renowned teachers. This, they said, would lead to the degradation of their medical training.

Fifa sets up human rights panel in response to criticism