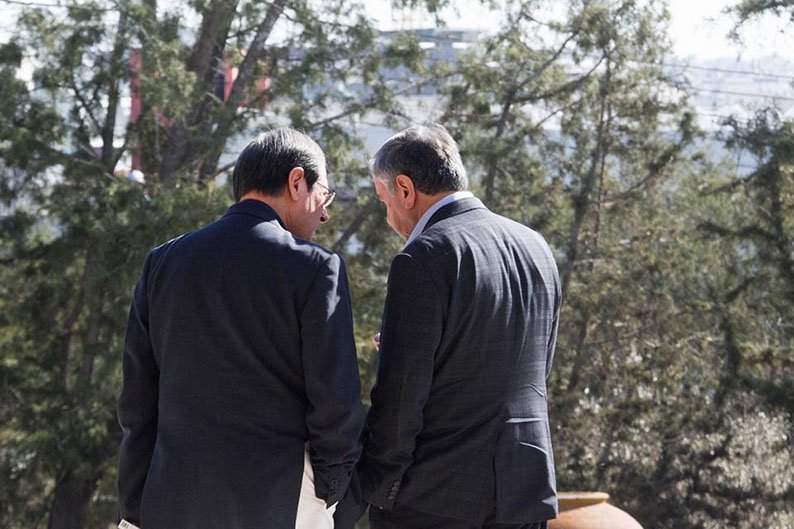 What Cyprus urgently needs is honest leaders who will follow, with consistency, a pragmatic course in solving the Cyprus problem

WITHOUT hesitation, I would admit that I am a rationalist.  In other words, I am an advocate of the idea that rational thinking is the most appropriate and safest basis for confronting problems and taking decisions.  However, while in the business field Cypriots generally shape their decisions on a rational basis, in the political domain emotion often overrides logic, and promotes convenient illusions, which facilitate the deferral of unpopular and painful decisions and makes it easier to transfer the responsibility for stupid mistakes on foreign shoulders.

There is little doubt that the political immaturity of Cypriots stems from the absence of a proper education system and from the fact that our experience in self-government is limited to a relatively short period of time over which we were called upon to exercise the prerogative of self-government under admittedly difficult conditions. Of course, this observation does not absolve the Greek Cypriot leaders of their responsibility for improvisation and incorrect choices.  A series of incorrect choices have gradually led into the currently prevailing deplorable situation to which a visible risk of the whole of Cyprus being Turkified is attached.

Under these circumstances there is no room for further amateurish game-playing nor is it permissible to transfer the responsibility for taking the necessary decisions to future generations (as President Makarios did, when he launched the idea of a “long-term struggle”, which Spyros Kyprianou, his successor to the presidency, adopted and strictly adhered to.

Unfortunately, the first two Presidents of Cyprus from independence until 1988, i.e. for almost thirty years) cultivated the idea that “the right” was unquestionably on the side of Greek Cypriots, that the acceptance of the positions of the Greek Cypriots was merely a matter of patience and perseverance and that “justice” would ultimately prevail; hence, the birth of “the long-term struggle”.

Harsh reality, however, was pointing in a different direction, namely to the fact that, in the international arena, the positions formulated and adopted by the state-nations are exclusively based on self-interest, irrespective of the lip-service that is being paid to righteous principles.

To serve such self-interest, state-nations use all available means, a fact that was in direct conflict with the views held by our leaders of the time. It is unfortunate that, even today, a large segment of the people of Cyprus hold the view that, in the end, “justice will prevail”.

The tragedy is that nobody bothers to determine, in practical terms, how this goal will be achieved.  Furthermore, nobody seems bothered by the fact that we do not have the military strength that would allow us to impose our views on those who appear unwilling to accept them nor do we have friends who have the necessary strength and are willing to use it in support of our cause.

A second illusion which was systematically cultivated amongst the people of Cyprus by our leaders was the belief that their negotiating skills were superior to those of their opponents and, as a consequence, they consistently had good prospects of winning the conflicts which – in many cases – they themselves provoked.

Today, we hear voices advocating “the need to change our strategy” and “the need to take a different course”.  It is certain that these voices will be intensified in the next 365 days.

However, my rationalism forces me into demanding from those who advocate such “changes” not only to identify, in a precise fashion, what their objectives are but also to specify, in fair detail, how and by what means they will seek the achievement of their goals.

Such detailed information is absolutely necessary to enable us to judge if they should be taken seriously or if they should be laughed at.  Cyprus does not need “nay-sayers”.  Cyprus has had enough of wishful thinking.  We are all fed up with lofty patriotic pronouncements.  What Cyprus urgently needs is honest leaders who will follow, with consistency, a pragmatic course in solving the Cyprus problem.

There are no guaranteed solutions nor does it make sense to rest our hopes on miracles. However, what I find most objectionable is fireworks of the type “we have the courage to wait for a thousand years, if necessary”. The petrified emperor is still waiting. Some of you may say that we still have 400 years to go before reaching the deadline.  Let me tell you that I, for one, do not have the patience to wait.

Christos P. Panayiotides is a regular contributor to the Cyprus Mail and Alithia

Celebrating Commonwealth Day: a look to the future

Our View: Police appear to be doing a good job of boosting public trust

Our View: Do MPs need 155 pages of rules to tell them how to behave?

Cyprus needs to find the solution, not Britain