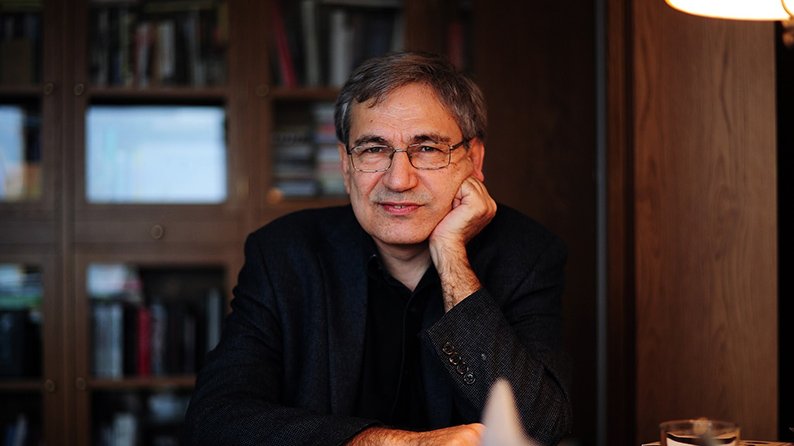 By Hermes Solomon and Ozay Mehmet

In 1955, a pious woman, much influenced by religious word-of-mouth historians, baked heavy loaves of bread in a stone oven heated with twigs collected from the dried out Pediaios riverbed before carrying them on the back of a donkey to Oxi market, a distance of three kilometres. She would repeatedly say to one of her grandsons, ‘Don’t ever trust the Turks’ as if blaming her back breaking hardship of those earlier times on the Ottoman Empire. Although she was born under British rule in the 1887, similar pasha servitude mentality lived on well into the 20th century, and still lingers in the minds of many Greek Cypriot pensioners today.

That particular grandson is now 68 years old, the youngest of 13 grandchildren, a retired civil servant, luxuriating in a lifestyle far beyond his departed grandmother and parents’ wildest dreams, yet inwardly he still fears and distrusts the Turks.

Lawrence Durrell relates in his autobiographical novel Bitter Lemons how he was told by a Turkish Cypriot lawyer not to buy land or a house in Bellapais from a Greek Cypriot; “They are untrustworthy and never keep their word, honour a contract whether written or spoken, always seeking to manipulate the wording of any agreement. Whereas we Turkish Cypriots are reliable and always keep our word – even on a handshake.”

In other words, a majority of Cypriots don’t bother to interpret the contents of any proposed solution, preferring the time-honoured conviction that whatever is written ‘will never work!’

The Cyprus problem is one of inbred distrust, doublespeak and ingrained fear on both sides. Behind the current failure in the present UN-brokered Cyprob talks stand three major false presumptions.

Firstly, virtually all Greek Cypriots are united in demanding total withdrawal of Turkish troops, arguing that in a modern, EU country, there is no need for a guarantee system.

Secondly, and equally emphatically, the Greek Cypriots demand that “settlers” (economic migrants from the Turkish mainland) return to Turkey. These two demands amount to coercing Turkish Cypriots into delinking themselves from Turkey.

Thirdly, under the leadership of Mustafa Akinci, an influential percentage of Turkish Cypriots assumed that some sort of power-sharing with Greek Cypriots would be feasible; “Let past history be gone, look to the future”; the premise on which the UN bizonal, bicommunal federation (BBF) plan presently under negotiation is based. Unfortunately, the latest Enosis debacle has delivered a mortal blow to this plan.

Anastasiades/Disy voted in favour of the Annan Plan in 2004 (when 76 per cent of Greek Cypriots said Oxi), but now, due to ultra-nationalist’s pressure, he has apparently turned tail on power-sharing.

Anastasiades visited Greece for policy directions just as many times as Akinci travelled to Ankara. In the final round of UN-led talks in Switzerland, Athens called the shots – no less has Ankara prevailed over the Turkish Cypriots. A Greek onslaught in Geneva failed because it was doomed from the start: If the Greek Cypriots were able to achieve their demands, Turkish Cypriots would be left vulnerable, their lifeline to Turkey severed.

Economic migrants from the mainland have contributed hugely to the economic development of the north. Turkish and African students now fill a dozen universities, while weekend Casino tourists fill five-star hotels that have mushroomed along the northern shores of the island. With the Turkish troops and settlers gone, Greek Cypriot strategists believe they could ‘again’ marginalise the Turkish Cypriots – the church and abandoned property owners would reclaim their land and the Cyprob would be solved.

Such simplistic thinking is, of course, false and dangerous. It is a recipe for disaster, because it ignores the actual reality, however bitter, built on the bedrock of emotions and cultural links.

There are now up to half a million people in the north. Any inter-ethnic fighting will certainly bring back Turkish troops, with or without the Treaty of Guarantee. Greek Cypriots must accept that geographically and historically, Cyprus will always be vulnerable, as it has always been, to outside interference.

So, what is the likely scenario ahead now that power-sharing is dead?
In the longer-term, if the divided status quo proves unsustainable, or if the hydrocarbon wealth becomes a viable catalyst for a win-win solution, then a new will may emerge for some kind of loose reunification/co-operation/federation which, most likely, will be a confederation behind an agreed border with two self-governing mini-states on the island. The border would include territorial adjustment with minimal displacement of people, property compensation and/or exchange.

What the latest Enosis row has demonstrated is that, in an age of rising neo-nationalism, both north and south are eternally imbued with deep emotional and cultural links towards what they regard as their ‘true homelands’. These links are now and forever nonnegotiable.

Whatever the result, the impact of Turkey’s referendum will be far-reaching