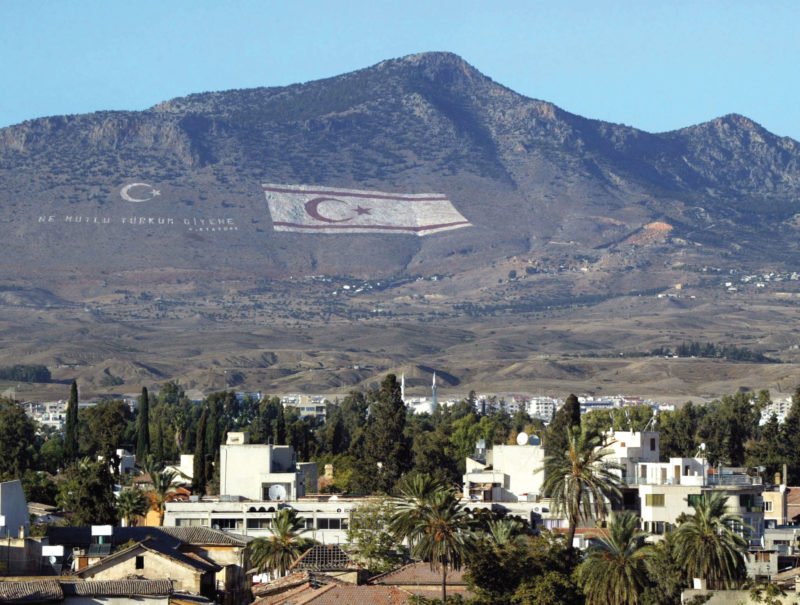 Cypriots these days passionately believe in the independence of the republic and most have absolutely no wish to celebrate Enosis or partition.

The motherlands no longer have the metropolitan allure they once possessed. Political leaders who still hang on to Enosis and partition have not caught up with the fact that people’s loyalty and allegiance these days is to the republic.

I have commented enough about the absurd celebration of the 1950 Enosis referendum imposed on Greek Cypriot schoolchildren by fascist ideologues. and how it is inconsistent with a basic law of the republic that prohibits messages and leaflets promoting union with another country in the classroom. Only knaves and cretins cannot see the nefarious intention of the fascists to indoctrinate the young.

The same condemnation applies to Turkish Cypriot rejectionists who raised a hue and cry about the Enosis referendum vote without a hint of embarrassment about the flag on the mountain in their backyard that promotes partition day and night for miles around.

The last time I commented on this crass monument to partition was in an article in the Sunday Mail on September 13 2015. I criticised the flag on the mountain in these terms: “it dominates the Nicosia skyline too much. It is just a protest flag that asserts a state without inspiring its realisation. It offends Greek Cypriots viscerally and grates with nature-lovers across the divide aesthetically. The flag flaunts an attitude of a bygone zeitgeist and the sooner it is replaced by something that captures the present mood, the better the chances of a political settlement.”

Alas my words fell on deaf ears.  The flag was not removed and came back to haunt the Turkish side when they made an issue of the Enosis referendum vote at the last meeting of the leaders. This is probably apocryphal but apparently the Greek Cypriot leader condemned the flag on the mountain as a continuing violation of the law against partition, invoking the old adage that if you are in a glass house you should not throw stones.

Some on the Turkish side may protest that the two situations are not comparable because it is said the flag was not carved on the mountain recently at a critical phase of talks with the intention of sabotaging peace and reconciliation.

I do not buy that argument at all. As I say the flag is a continuing violation on the prohibition on promoting partition since in international law it is in areas under the effective control of Turkey and Turkey is a party to the treaty that prohibits partition.

In any case, to my mind, the flag on the mountain has contributed over time to the rise of the fascists in the south who are now stirring up nationalist hatred and were responsible for the Enosis referendum law. As in life so also in politics, you reap what you sow.

The two situations are not only comparable; one is the consequence of the other and both should be castigated and removed as part of a wider confidence building quid pro quo in a determined push against the rejectionists and their fascist allies.

The hurt and humiliation the flag on the mountain inflicts on the Greek Cypriot psyche cannot be measured, but it is significant. There can be little doubt that together with the prolonged presence of Turkish troops and the loss of land and homeland, it is directly responsible for the spread of rejectionist thinking and the rise of the Greek Cypriot fascists.

Fascist parties feed and thrive on national humiliations. It was the humiliation inflicted on Germany by the treaty of Versailles that was the direct cause of the rise of the Nazi party in Germany after World War I.

In the September 2015 article I diffidently suggested that “it should be possible for the flag to be phased out gradually in the twilight period after a political settlement but timed to help deliver a double-yes in the referendums that will ensue if and when a settlement is agreed.” And that “the night flag can then gradually flicker less frequently and fade away imperceptibly as the closing chapter ushers in the new state of affairs quietly without any fanfare like the lowering of the Union Jack on independence in 1960.”

As I said time and again the promotion of Enosis and partition is prohibited under a basic law of the constitution. All that is being asked of the two sides is to act in accordance with the rule of law rather than nationalist ideology. It is not a lot to ask political leaders in a member state of the EU.

In my previous article I reminded Turkish readers that “Mustafa Kemal famously refused to step over the Greek flag out of respect for the symbol of the Greek nation he had just vanquished in the war of independence.”

The flag on the mountain shows no such respect. It is as crass as it is humiliating. Kemal Ataturk would have had it removed without hesitation in furtherance of his policy of peace at home and peace in the world.