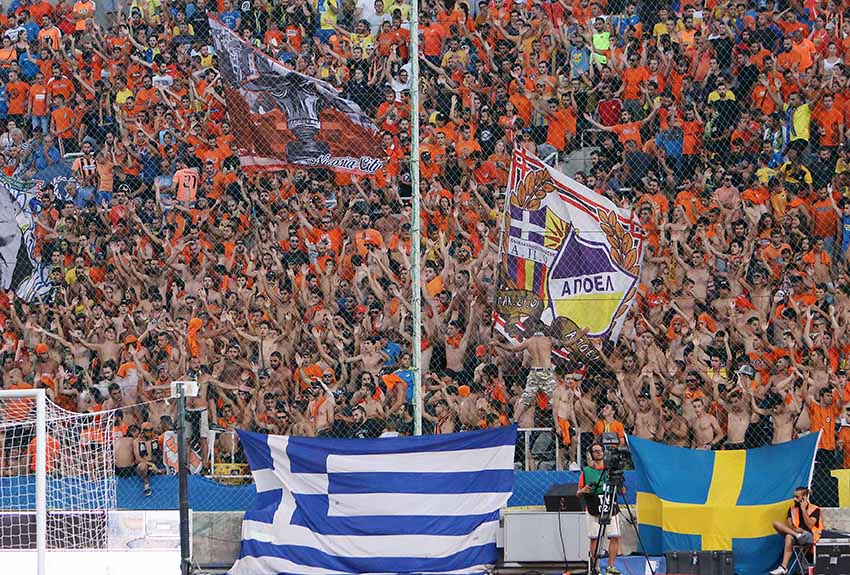 The church has every reason to keep its control over history teaching. Its image would be shattered by the truth

I have been overcome by a sense of fear, worry, futility, rage and sadness these days. It stems from the prospect that the political uproar about the Enosis referendum will in the end prove very harmful for education and particularly for the teaching of history, if the legislature eventually approves the bill that authorises the education minister to select the anniversaries that schools should mark.

The history of Greece and Cyprus is already being raped by the admonitions and blessings of the archbishop, who in reality is the super-minister of education. The head of the church might attach no importance to the teaching of maths or chemistry, but when it comes to history and religion, he is not just the first violin but the orchestra conductor.

There are serious reasons why the church makes every possible effort to conceal its sinful past. In the main, it wants to avoid a blow to its image as it would weaken the institution and more importantly its financial clout. In this context, its stance is understandable although unjustified. Therefore, the mockery of teaching history continues.

How many of us were taught at lyceum that during the Ottoman empire, our archbishops were collaborators as they were responsible for the imposition and collection of taxes and had direct access to the sultan’s palace in Istanbul, a privilege enjoyed by very few? How many of us know that one of the main reasons the church came to own so much real estate was usury, a department in which it played a leading role before banks were established? How many of us know that a section of the clergy – the monks of Mount Athos – sent a congratulatory telegram to Hitler when he invaded Greece?

How many of us know that on March 23, 1821, two days before the start of the Greek revolution against the Turks, a circular was read in the church of the Patriarchate threatening Greeks who revolted with excommunication? The church excommunicated Rigas Fereos, Ypsilantis and other revolutionary leaders, whom, in its notorious excommunication its described as “arrogant, glory-seekers and vain”.

I will end this quick (and by necessity deficient) review of the political history of the church by citing a passage from a book by a thoroughbred ‘nationalist’ – Panayiotis Pipinelis who served as foreign minister of the Greek Junta until his death in 1970 – about Turkish rule in Greece and Cyprus. In Political History, page 42, he wrote: “Agriculturally, feudally and politically scheming, the high clergy slipped far away from the national conscience, remained foreign to the mourning and suffering nation and became the natural ally of the Turkish and native oligarchy.”

It therefore sounds comical to have given the responsibility to the education ministry, led by the archbishop, of teaching students the significance of the Enosis referendum (organised by the church) and its impact. The celebration of the major historical and national occasions acquires real meaning only when they shed light on history. In Cyprus the opposite happens. And, with the passing of time, the forgery of history has elevated the ministry of education to the biggest hotbed of nationalism.

How should history have been taught if Cyprus were a modern, democratic and secular state? The history teacher would have followed the multi-version approach and explained the significance of the Enosis referendum with a paper along the following general lines:

The hilarious ironies within the Enosis vote debate