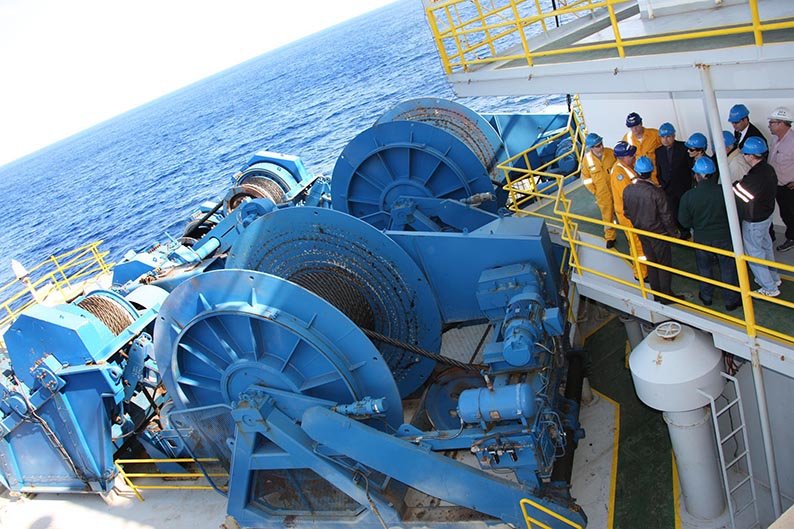 New gas concessions were not connected to breakdown in talks

The fact that peace talks are currently stalled does not necessarily mean Cyprus will cease or slow down its hydrocarbons exploration and drilling activities, analysts say.

Par for the course? In February 2014 a Norwegian ship was “harassed” by the Turkish navy while surveying for offshore oil and gas reserves.

The vessel was undertaking seismic research for  French oil giant Total near Blocks 10 and 11 off the south coast when a radio communication ordered it to “abandon position”.

The incident came at a time when the United Nations was trying to find a formula for long-stalled Cyprus peace talks to begin.

Officials at the time said the Turkish frigate Giresun had ordered Norwegian seismic vessel Princess to “leave Turkish waters” while it was within the island’s exclusive economic zone (EEZ).

In October 2014, Turkey despatched the research vessel Barbaros and warships into Cyprus’ EEZ. The move prompted President Nicos Anastasiades to pull out of peace talks with Turkish Cypriots.

The Barbaros eventually departed the Cyprus EEZ in March 2015. Talks resumed in May of that year, after Akinci won the ‘presidential elections’ in the north.

Whereas there’s little question that the prospects for reunification and the Republic’s hydrocarbons activities are connected, it is perhaps less safe to assume a concrete cause-and-effect relationship.

Some have pointed to the fact that the announcement last week by the government, that it is poised to grant three more exploration concessions – as part of the third licensing round – came straight on the heels of the breakdown in negotiations.

But that announcement – and its approximate timing – had been expected for months. Already in December energy minister Giorgos Lakkotrypis had placed the granting of exploration licences at around the late February 2017 timeframe.

For this year, there is only one drill that is definitely on the cards. The government has said that French energy behemoth Total expect to drill their first well in Block 11 sometime during the summer – perhaps June.

While it is certainly possible Turkey may seek to discourage Total, including via harassment at sea, it is less clear whether Ankara is willing to go so far as to actually disrupt the operations, energy expert Charles Ellinas told the Sunday Mail.

“Plus, they have the full backing of the French government. So, no, I doubt Total would back off.”

Elsewhere in the EEZ, the only other possible drilling in 2017 would come from ENI, which holds concessions on Blocks 2, 3 and 9 – awarded during the second licensing round.

ENI’s production-sharing contract was extended by two years to February 2018, and it is known that in exchange for the extension the company was contractually bound to start drilling two wells by that deadline.

The Italian state holds around 30 per cent stake in the company.

However ever since ENI’s CEO Claudio Descalzi asserted last July that his company would “for sure” begin drilling in offshore Cyprus this year, it has all gone rather quiet.

At this stage the company is busy in Egypt and Mozambique and may be too over-extended for operations in Cyprus as well, Ellinas offered.

Asked to comment, an official at the energy ministry declined to provide any timetable – even tentative – for drilling activities in the EEZ in general, saying this information was confidential.

On Noble Energy’s plans for the ‘Aphrodite’ gas field, discovered back in 2011, the same official said the company, along with its partners, and the government are currently discussing the development plan.

Meanwhile as part of the third licensing round ExxonMobil and Qatar Petroleum are set to be awarded the concession for Block 11.

In an interview with a Greek television network, President Anastasiades recently said the presence alone of ExxonMobil would discourage any aggressive Turkish moves in the Cyprus EEZ.

But the point Anastasiades was making was at least partly moot, given that it is far too early now to speak of any physical activity by ExxonMobil on the Cyprus hydrocarbons scene.

According to Ellinas, in the best-case scenario it would take ExxonMobil at least one more year before it’s in a position to commence drilling a well.

Before all that can happen, the company needs to carry out an environmental study, get it approved, and then find and secure an onshore base of operations in Cyprus – not a foregone conclusion, if Total’s experience at the port of Limassol is anything to go by.

“Also, they’ll need to obtain complete seismic and geological data for a promising target, which takes time. Having in the past worked on ExxonMobil projects myself, I can tell you that they are a very deliberate company…they go by the book, and have very stringent systems in place.”

For his part, political analyst Christoforos Christoforou said it would be risky to speculate what actor A or B might do in the volatile eastern Mediterranean.

“A lot of factors are at play. It is not only Turkey which, for example, has shown to be unpredictable vis a vis Syria and is now playing hardball with the EU,” he said.

“The interests of many corporations, and the governments behind them, converge on this region – Italy, France, the United States,” said Christoforou.

One cannot exclude the assumption that the Republic’s pushing ahead with the third licensing round is related to the deadlock in the peace talks, he noted.

“But in general, I think it is very problematic for Cyprus to exploit its gas without a settlement. Perhaps no major tensions will arise in the near future, but the closer we get to the stage of gas extraction the higher the stakes.”