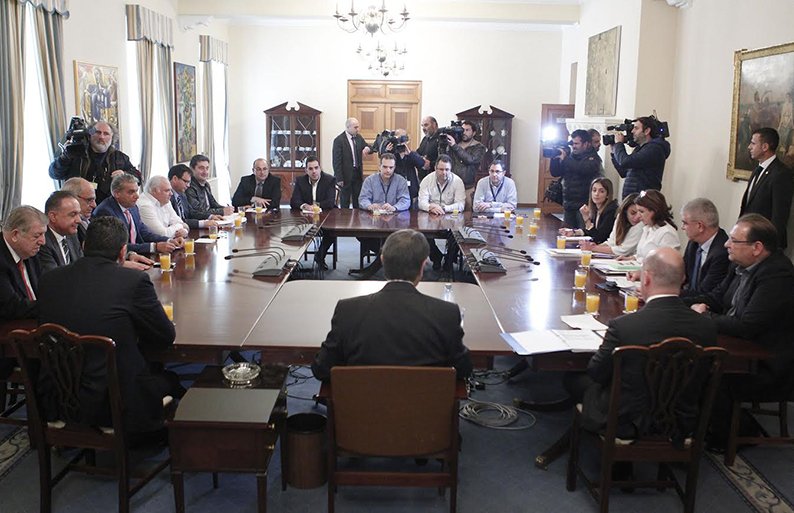 Cyprus is gradually approaching the introduction of a national health system, Health Minister Giorgos Pamborides said on Monday, as doctors met the president and agreed to another meeting next month, expected to iron out the details of a pay rise they are demanding.

“I believe it is another stop,” Pamborides said of the April 5 meeting. “It is not a milestone date; and we are slowly, slowly approaching the final destination.”

The minister was speaking after the meeting where there was what was described as a “constructive exchange of views” in a spirit of consent and cooperation.

“The president made clear that the government’s main concern was to expedite the procedures to reform the health sector with the ultimate goal being the introduction of the health scheme to the benefit of patients,” the minister said.

The meeting was part of President Nicos Anastasiades’ effort to receive first-hand information from everyone involved in a bid to overcome all obstacles to the immediate introduction of the reforms.

Pamborides said the April 5 meeting did not concern financial matters.

“First of all, it must be made absolutely clear that it’s been accepted by the government that doctors’ remunerations, especially in the public sector, had to be reviewed and readjusted,” the minister said. “It is accepted that additional incentives must be given to doctors, notably top doctors, to remain in the public sector and also to attract even more.”

To achieve that and also make the necessary changes to improve the level of health care, the government had to reconcile the doctors’ pay demands with practices that must be adopted to raise productivity and quality of care, he added.

Commenting on the additional cost to the economy, Pamborides said it was worth it since the return would be an improvement in the services to the public.

The minister defended the government’s actions, pointing out that last year the cabinet had rolled out measures – including an incremental pay rise and 50 new positions — to stop doctors from leaving.

The chairman of the doctors’ union Pasyki said they had agreed to have talks with the ministries of finance and health with the aim of arriving at a draft agreement on labour issues “whose objective will be the proper implementation of the hospital autonomy and the health scheme”.

Sotiris Koumas said their pay demand was viewed positively “but we will see the details during the dialogue that will develop in the coming weeks.”

Koumas did not discuss the government’s proposals.

The government’s recent decision to grant nurses a pay rise and, apparently, doctors, has prompted other sections of the sector to voice demands.

Last week, the government and public sector nurses signed a deal providing for a pay upgrade by aligning their salaries with their academic qualifications starting in January 2019.  The process is expected to be completed by January 2023.

Main government union chief Glafkos Hadjipetrou said he believed other health sector workers should also be treated in the same way since the employer was the same and they had university degrees.

Man United have no striker for Chelsea clash