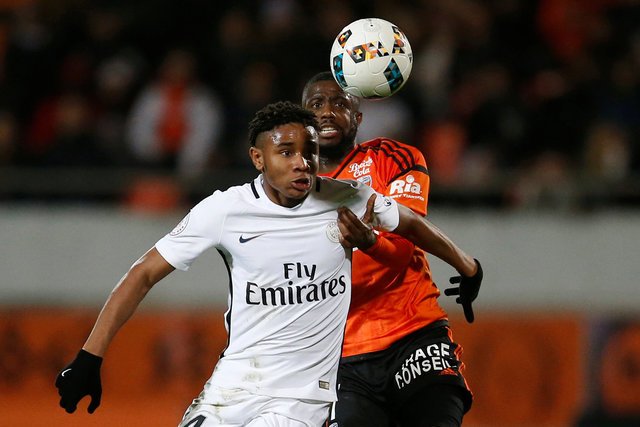 Paris St Germain started their recovery from an embarrassing Champions League exit in Barcelona with a 2-1 win at bottom club Lorient to maintain their Ligue 1 title challenge on Sunday.

PSG, who were humiliated 6-1 away to Barca in the Champions League last 16 on Wednesday after winning the first leg 4-0, have 65 points from 29 games and trail Monaco by three points after the leaders beat Girondins de Bordeaux 2-1 on Saturday.

Nice are two points further back in third after being held to a 2-2 draw at home to Caen on Friday.

PSG’s domination at Lorient was rewarded in the 28th minute, when Benjamin Jeannot deflected an Edinson Cavani backheel into his own net to put the visitors in front.

Cavani then found midfielder Christopher Nkunku, who doubled the lead by floating a shot past Benjamin Lecomte.

PSG struggled towards the end of the match, however, as they grew nervous after Michael Ciani reduced the arrears when he headed home from a corner in the 68th minute.

Olympique Lyonnais, who have a game in hand, are fourth on 50 points after thrashing Toulouse 4-0 thanks to a Memphis Depay double, with the former Manchester United forward finding the back of the net with a splendid lob from the halfway line.

“I had seen in the first half that the keeper was far from his line and I kept this in the back of my mind,” said Depay.

“When I got the ball I knew where he was and all I had to do was turn around and shoot without thinking. I did not even see the ball go in but I heard the crowd going mad.”

Cypriots choosing to ‘shop smart’ as habits change since crisis

Calvert-Lewin gets England call-up, Foden and Greenwood left out