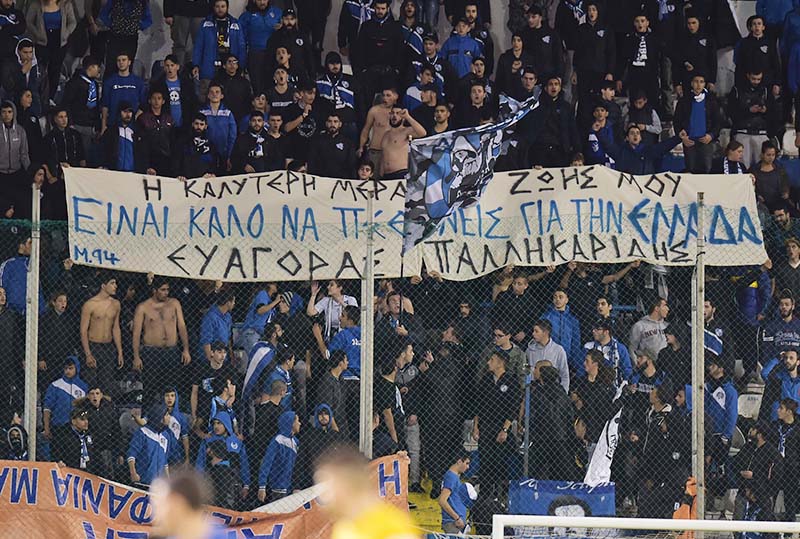 The five were arrested after a disturbance following the Anorthosis–Apoel match on Sunday in which four police officers were injured. Initially a sixth fan was also arrested but later set free.

According to police, about 150 Anorthosis fans gathered in Papanikoli avenue after the game. They had previously started to fight with another group and police intervened.

When the group spotted police officers outside the stadium they hurled stones and other objects at them and six of the rioters were subsequently arrested.

The remanded men are a 16-year-old from Dheryneia, an 18-year-old from Larnaca, two people aged 20 and 26 from Sotira and a 17-year-old from Paralimni. A 33-year-old resident of Larnaca was arrested for public disturbance but later released.

Of the four officers who were injured one was examined at Paralimni General Hospital after he felt a pain in his chest but was released when doctors found he was not harmed, one was diagnosed with an injury to his left wrist at Nicosia General Hospital, one had stitches for a 2cm wound in his right leg and the fourth did not need treatment.

Four members of the public reported to police on Sunday evening that they were attacked by Apoel fans after the Larnaca match.

The four men, residents of Larnaca, said Apoel fans beat them up.

They were released after being treated.

Ed Sheeran will make guest appearance on Game of Thrones