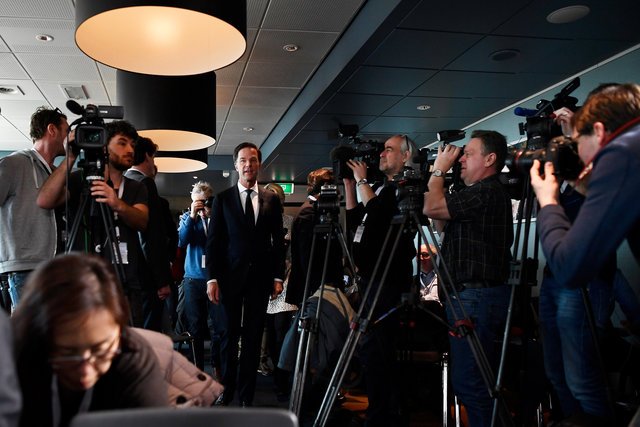 The Dutch will vote on Wednesday in an election that was seen as a test of anti-immigrant sentiment even before a rift with Turkey at the weekend put immigration and nationalism at the top of the political agenda.

Geert Wilders, who wants to “de-Islamicise” the Netherlands, hopes clashes between Turkish-Dutch protesters and the police, along with Ankara’s accusations of Dutch “fascism”, will help bolster his chances of finishing first.

Wilders’ Party for Freedom (PVV) has virtually no chance of forming a government, given the splintered political landscape. Other parties have ruled out a coalition with a party they view as racist, but a PVV win would nevertheless send shock waves across Europe.

The French presidential election begins next month, with the far-right Marine Le Pen ahead in one poll on Monday , and in September, Alternative for Germany, a right-wing, eurosceptic party, is likely to win seats for the first time in the German federal parliament.

After Britain’s unexpected vote to quit the European Union and the election of EU-sceptic Donald Trump in the United States, Europe will soon know whether a wave of anti-establishment sentiment threatens the survival of the EU.

A snap poll Monday evening showed a boost of three seats for Rutte’s VVD and two for Wilders’s PVV in the 150-seat parliament at the expense of smaller parties to the left, said pollster Maurice de Hond.

The Turkish government wants to lobby Dutch Turks to support plans to hand sweeping new powers to President Tayyip Erdogan in a referendum in Turkey on April 16.

“In times when the nation is hit by something like this, there’s the inclination for people to get behind the government,” said Hans Gosling, a political commentator at the Dutch newspaper Trouw.

Rutte’s hard line on Turkey is seen by many voters as part of an effort by mainstream parties to appeal to concern about immigration and dissuade them from voting for Wilders. The head of the conservative Christian Democrats (CDA) on Sunday urged Turkish immigrants to give up dual nationality and integrate.

Rutte and Wilders went head-to-head in a debate Monday evening, clashing mainly over how to stem immigration.

Rutte dismissed Wilders’ plan to close borders and mosques and ban the Koran as “fake solutions”. “While we are focusing on the causes of the refugee crisis, you’re wasting all your attention on your Koran police,” Rutte said.

Wilders accused Rutte of providing better healthcare for newcomers than the Dutch themselves. “We need to chose for our own people, for our own parents, and not for the asylum seekers. You are not the prime minister of the Netherlands, but of the foreigners.”

Niels van Baalen, a PVV voter who owns his own plumbing company near The Hague, said the events in Rotterdam illustrated the failure of Muslim immigrants to adopt Dutch norms.

The latest Reuters poll of poll puts Rutte’s conservative VVD Party top at 16.2 percent, ahead of Wilders’ PVV on 13.4 percent. The CDA is close behind at 12.5 percent on a rising trend.

“We’ve seen it with Brexit, we’ve seen it with Trump, when we thought it wouldn’t happen the night before. The chance is still large as life that we wake up on March 16 and Wilders’ (party) is the biggest,” he said.

With just four percentage points separating the top four parties, any of them could win, and then would have to persuade at least three other parties to form a coalition.

“You already know how the new government is going to look, roughly,” said University of Amsterdam professor Rens Vliegenthart.

He predicted a centre-right coalition would emerge after lengthy talks, led by the VVD and CDA together with the centrist Democrats 66 (D66), and probably the Green Left party for the first time.

But the events of the weekend, which escalated on Monday with Erdogan threatening legal action against the Dutch, meant opinion polls would be unreliable as perceptions of the conflict change, experts said. Wilders could yet be the main beneficiary, said Professor Joop van Holsteijn of Leiden University.

“Immigration and integration, and the relationship of the Netherlands with Turkey, will be rather salient suddenly, and Wilders can be considered the issue owner here,” he said.

Paralimni man arrested after 34 cannabis plants found in his home