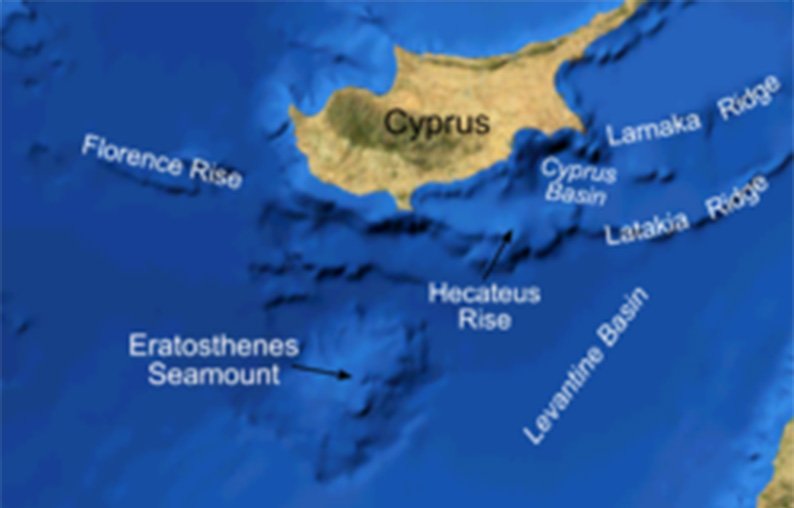 A second super-giant gas field like Zohr could be awaiting discovery in the eastern Mediterranean, perhaps off the coast of Cyprus, Italian energy giant ENI said on Tuesday.

“We believe there could be another Zohr in the region. We hope so,” said Luca Bertelli, ENI’s Chief Exploration Officer, speaking at the fourth Eastern Mediterranean Gas Conference in Nicosia.

ENI discovered the Zohr prospect, in Egypt’s exclusive economic zone (EEZ) in 2015. The field holds an estimated 30 trillion cubic feet of gas in place, and is the largest ever natural gas find in the Mediterranean surpassing Israel’s Leviathan.

ENI had taken a gamble, using a geological sequencing model tracking carbonate reservoirs rather than the classical sand-reservoir model.

A geological map of the Cyprus-Egypt maritime border area shows a large ‘carbonate platform’ existing in the island’s southern offshore blocks of 10, 11 and 12, and in blocks 7 and 8.

Cyprus’ Block 11, operated by France’s Total since February 2013, lies about 6 kilometres from the Zohr discovery.

Bertelli confirmed that Total plans to drill its first “Zohr-type prospect” in Block 11 in June.

“We’ve got reliable, reasonable imaging of a massive carbonate platform in Block 11,” he said.

ENI recently signed a farm-in agreement with Total, acquiring a 50 per cent participating interest in the acreage.

Beyond Cyprus and Egypt, the company is looking to expand its footprint in the eastern Med.

Bertelli said ENI has shown an interest in the latest licensing round launched by Israel, which is auctioning off 24 exploration blocks.

In addition, the company is interested in the first Lebanon licensing round launched this year.

According to the ENI official, the region’s hydrocarbons scene is in flux as potentially further major gas discoveries are made.

The volumes to be discovered would impact the method of development, Bertelli said.

He did not rule out the construction of a Liquefied Natural Gas (LNG) storage and processing facility in Cyprus.

Another possibility might be laying a long pipeline connecting Cyprus to mainland Europe; though feasible, Bertelli said such a project required massive investments.

Finally, a pipeline from Cyprus to Turkey was theoretically possible, but due to regional politics “this is a more sensitive issue.”

“The Eratosthenes Mount may be the next Zohr,” he said in his own address.

Eratosthenes is a seamount in the eastern Mediterranean about 100 km south of western Cyprus.

Speaking to reporters on the sidelines of the conference – which wraps up on Wednesday – ENI’s Bertelli said his company hoped to drill in its offshore concessions by the end of the year.

He was alluding to the company’s contractual obligation to drill two more wells by February 2018, when its concessions – awarded during the second licensing round – are set to expire.

The production-sharing agreements, sealing the deal, are expected to be signed with the government by late March or early April.

Bertelli declined to cite a tentative timetable for the new drills, noting it would depend on when the new contract with the government would be signed.

“But we hope to begin drilling before the end of the year,” he offered.

To date, the ENI-Kogas consortium has drilled two wells offshore Cyprus – both duds.

For his part, Aviv Kishenbaum, Project Director for Delek Drilling and Avner Oil Exploration, said he was “confident” of news shortly about the development plan for the ‘Aphrodite’ gas field, in Block 12.

The prospect was discovered in 2011 by Delek’s partners, Texas-based Noble Energy.

Kishenbaum spoke of significant opportunities for synergies in relation to Aphrodite through the use of existing liquefaction plants in neighbouring Egypt.

“We are optimistic,” he added.