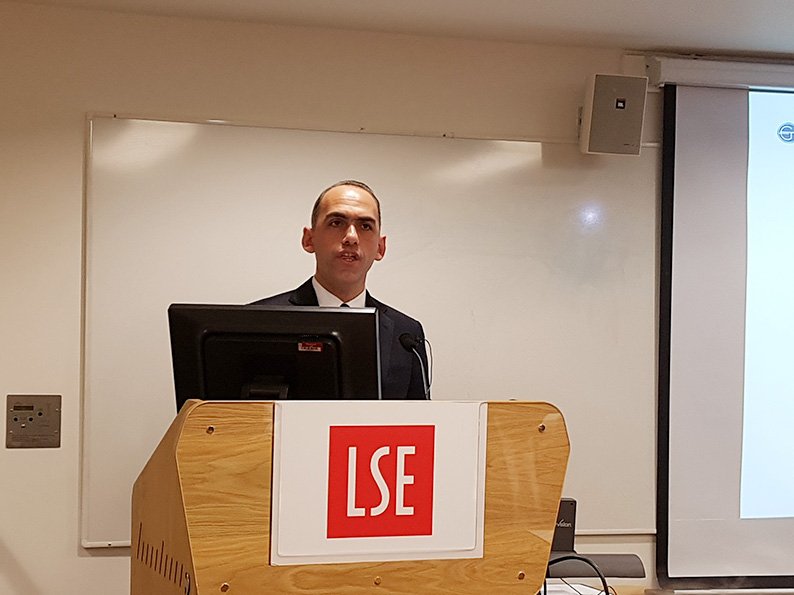 Finance minister Harris Georgiades said that populism is the most important threat not only to Cyprus’s economic achievements but also to the European Union, liberalism and democracy, the Cyprus News Agency reported on Tuesday.

Georgiades, who was addressing delegates at a public lecture on Monday, ten days after President Nicos Anastasiades who faces re-election next year agreed to succumb to the demand for higher entry salaries of the public hospital nurses with a university degree, said that the only way to counter populism is telling people the truth and with respect to the EU, to acknowledge flaws in the integration process.

The lecture was titled “Cyprus: Revival from the crisis in the European Economic Dimension” was held at the London Stock Exchange, almost four years after Cyprus experienced the effects of a combined fiscal and banking crisis which resulted into a €8bn loss in deposits for Cypriot depositors.

Last year, the government rejected the nurses’ demand for higher entry and retirement salaries when they held a prolonged strike which paralysed public hospitals on the grounds it would cost €30m a year to increase pay for all 3,200 nurse and would open a can of worms and prompt other groups to raise similar demands. On March 8, Georgiades said that the upgrade of the nurses’ salaries would only cost €15m a year as only half of them were holders of a university degree and were eligible for a pay scale upgrade.

On March 8, the finance minister did not rule out higher taxes to finance the nurses’ salaries, which would be the first new tax introduced by the Anastasiades administration. On Monday, health minister Giorgos Pamborides assured government sector doctors that the government would increase also their remuneration to reconcile it with that of the nurses.

In his speech in London, the finance minister said that the three lessons from Cyprus’s recent crisis and its management include procrastination in taking difficult but necessary decisions, that the problems of an economy are not met with spending increases and wider (budget) deficits and that tax hikes render recession deeper, according to the Cyprus News Agency.

The government which is projected to have generated a marginal fiscal surplus last year, received repeated criticism from European Commissioner for Economic and Financial Affairs Pierre Moscovici over the decision to increase spending in the 2017 after the parliament decided to scrap the immovable property tax.

Georgiades said on Monday that the government could again attempt to sell a minority stake in state-telecom Cyprus Telecommunications Authority, after the parliament rejected its initial plan for a full privatisation last year, included in Cyprus’s adjustment programme agreed with international creditors in 2013.

While the economy expanded last year around 2.8 per cent, the unemployment rate exceeds 13 per cent.