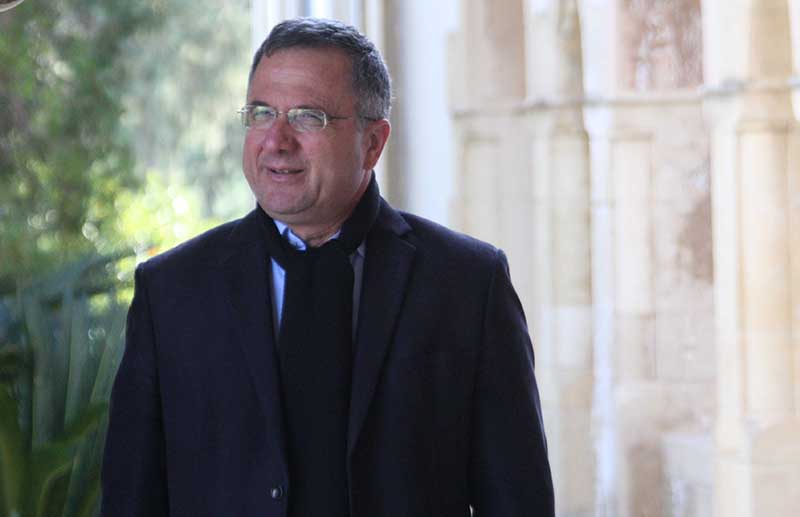 Greens MP Giorgos Perdikis did not deny on Tuesday claims that his party has been receiving a monthly state allowance for over a decade for a driver despite the fact he does not have one but which, he said, was approved by the cabinet for reasons of equality.

The issue was raised by daily Alithia – owned by Interior Minister Socratis Hasikos – which reported on Tuesday that Perdikis has been receiving a monthly driver allowance since 2005 without actually having one.

This, the daily said, came about “after Perdikis stubbornly refused to accept police protection and in return he had claimed by the then government – and won – this allowance, which in 2005 was CY£1,000 (around €1,700)”.

This amount, the daily said, was reduced to around €1,000 the last few years due to the economic crisis, while the total amount the Greens received from the state over the years is around €150,000.

The daily said that this was a scandal and “a sample of lack of political morality”.

“It is a lie that I have received €150,000 from the government. This allowance was approved by the government in 2005 to be given to the Green Party for equality reasons because we did not have a driver or a guard like the other parties have for their leaders,” Perdikis told the Cyprus Mail.

With this money, Perdikis said, “we employ a person at the party”.

In his latest annual report, the auditor-general, as regards the monthly driver allowance, which is around €1,000, said that it was given to beneficiaries without them producing the documents proving the employment of a driver.

As a recommendation, the auditor-general said that the allowance should be paid “after submission of evidence to confirm the employment in question and the cost of which must be equal to or more than the amount of the allowance”.

“The auditor-general asked in 2015 – when he began audits into party finances – that we should register the details of the employee, and so we have,” Perdikis said.

He added that his party would welcome a suggestion of Hasikos to the cabinet to abolish this allowance but also that the other party leaders receive for guards, as it would save the government a lot of money.

Perdikis dismissed the article as an obvious attempt of Hasikos to hit back at him for the fact that he was the one that brought to the attention of the auditor-general the minister’s business activities – as the owner of various media outlets in relation with his capacity as oversight authority of state-run media – and had asked whether this constituted possible conflicts of interest.

This led to the discovery by the Audit Office of a lease signed between Hasikos’ company and the civil aviation department for which the auditor-general has requested the opinion of the Incompatibility Committee.

Hasikos argues that there is no conflict of interest and everything was done by the book and that the lease was signed before a law was passed on conflict of interests, while the auditor-general’s office insists that the law in question does not allow the submission of bids by an official, or a company the official participates in, as a shareholder or board member to sign a leasing, supply, or service, contract with the state.

Perdikis, in a tweet, likened the article to “farts”.

May wins right to launch EU divorce talks, question is when?