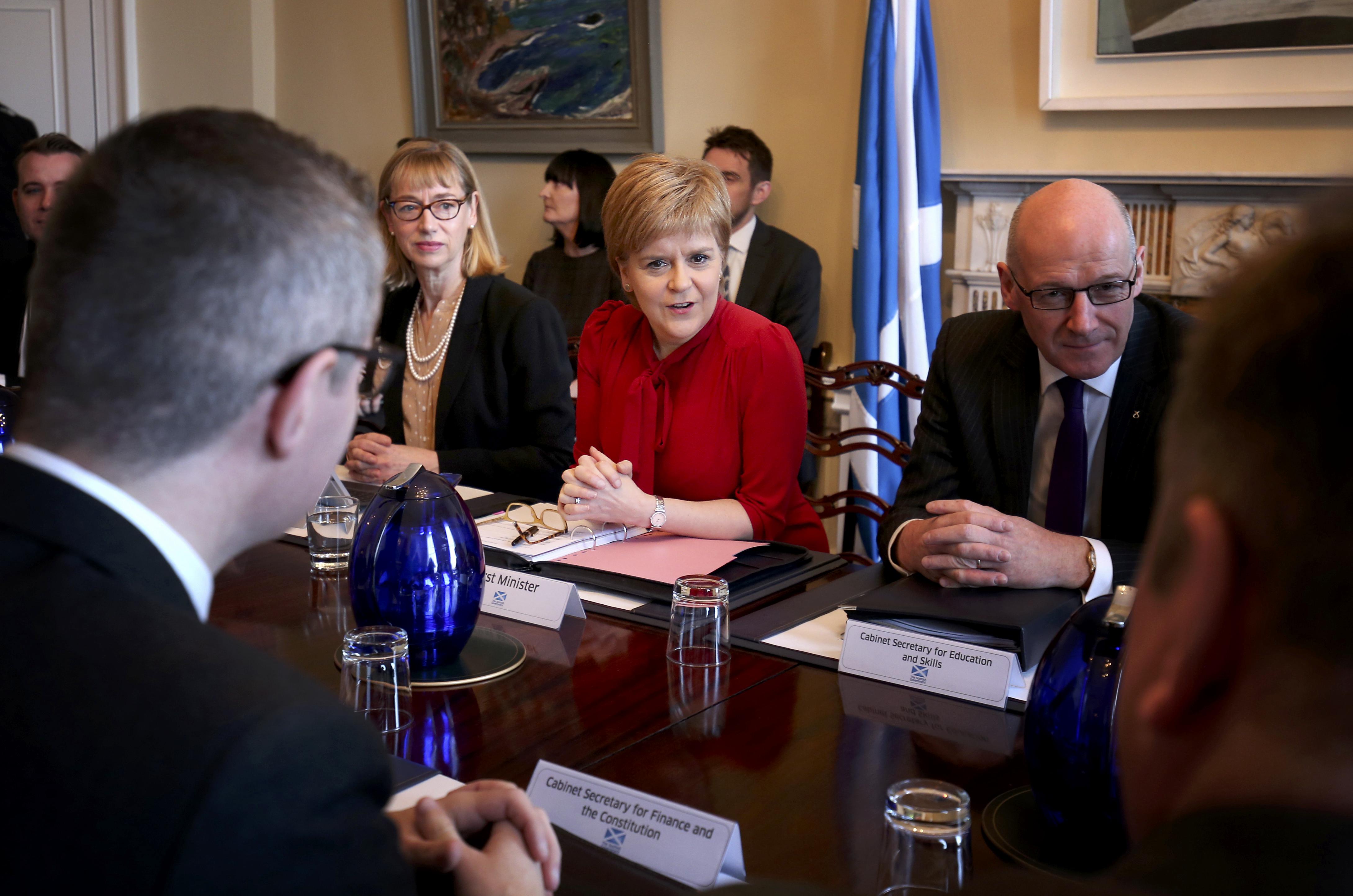 Maybe they reach sexual maturity very young in Scotland. What else could explain the fact that they are going to have another referendum on Scottish independence only three years after the last one?

The Scottish referendum on independence in 2014 was supposed to be a once-in-a-generation event. That was the one thing that then-British Prime Minister David Cameron and then-Scottish First Minister Alex Salmond agreed on: even a one-vote majority would settle the matter for a generation.

In fact, the majority to stay in the United Kingdom was close to half a million. It couldn’t have been a clearer outcome. There was none of the obfuscation for which Quebec’s referendums on independence from Canada were famous (like the 106-word question in the 1980 referendum that did not even mention the word “independence”).

The referendum in Scotland simply asked: “Should Scotland be an independent country” – and the Scots said No by a 55 per cent-45 per cent majority. But only thirty months later, the next generation of Scots must already have arrived.

Nicola Sturgeon, Alex Salmond’s successor as leader of the Scottish National Party and First Minister of the Scottish government, announced on Monday that there will be a second referendum on Scottish independence in late 2018 or early 2019. She didn’t even have the grace to say best two out of three.

It’s Sturgeon’s job to promote the idea of independence, of course, but she needed a plausible pretext to demand a re-run of Scotland’s own referendum so soon. The English nationalists who committed the entire United Kingdom to leaving the European Union in last June’s referendum gave her that pretext: 53 per cent of the English voted to leave the EU, but 62 per cent of Scots voted to stay.

Why such a difference? Because the “Little Englanders” who voted to leave were seduced by the neo-Elizabethan fantasy of a swash-buckling, free-trading England that would stay rich by living on its wits. (Unlike the real Elizabethan England of 400 years ago, whose major foreign source of income was piracy.)

Scotland was never a great power, and it views the European Union as an economic and political safe haven. A large majority of Scots have no desire to leave the EU – especially if they are being dragged out of it by the gravely deluded English.

So Nicola Sturgeon can reasonably say that there has been a “material change of circumstances” since the first Scottish referendum, and claim that this change justifies another one. However, her claim is seriously undermined by the fact that Scots are opposed to another referendum, even under current circumstances, by a three-to-two majority. The whole referendum process is just too painful and divisive.

Moreover, there has been another “material change of circumstances” that hurts the case for Scottish independence. Low oil prices and the gradual depletion of the North Sea oil fields have cut the Scottish government’s tax take from North Sea oil revenue from $14.2 billion in 2008-09 to only $2.2 billion in 2015 and a mere $73 million this year. The oil income that subsidised Scotland’s high social spending is finished.

Then there is the fact that the European Union is made up of sovereign states, and that such states instinctively cooperate to discourage and punish separatism in any of their members. Brussels has plainly stated that an independent Scotland would not automatically retain EU membership.

This is the “Barroso doctrine” – that if any part of an existing EU country becomes an independent state it has to apply for membership – and the European Commission has just reconfirmed that Scotland would be subject to this rule. The application process for new members normally takes many years.

At the same time Scotland would also find itself outside NATO, the main Western alliance. As Jens Stoltenberg, the Nato Secretary General, told Sky News: “By leaving the UK, (Scotland) would also leave Nato. Of course it is absolutely possible to apply for membership and then the allies will decide.” But that would certainly take years.

The future looks distinctly unpromising for an independent Scotland that breaks away from the United Kingdom just as the UK pulls out of Europe. (It hardly looks golden for England either.) The Scots didn’t vote yes for independence even when there was no Brexit in the offing. Why would they do it now?

One reason would simply be anger at the arrogance and stupidity of the Little Englanders who have presented them with this unpalatable choice. But there is little enthusiasm in Scotland for independence on these terms. Most Scots just wish the whole question would go away.

Our View: Auditor-general has lost all sense of measure in his dealings with Hasikos