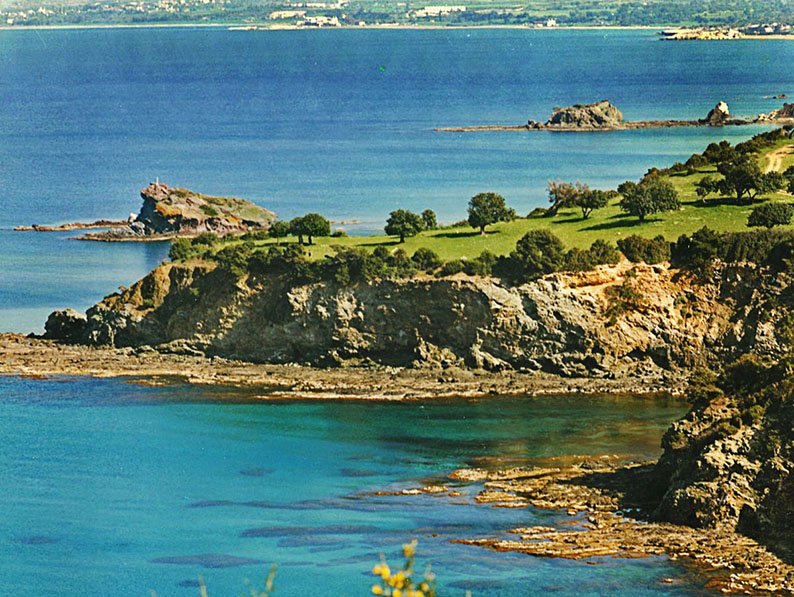 A group of four young Greek Cypriots is looking for Turkish Cypriots to join them in their attempt to hike the whole of Cyprus’ coastline.

The initiative was started by two men and two women Greek Cypriots who are looking for six more people.  Four should be athletic young people to participate in the walk which starts on June 10 and is expected to last around 25 days. One Turkish Cypriot will join a participant from the south as a social media administrator responsible for fully covering the expedition, taking pictures and producing videos, promoting the journey on social media.

Another person is needed to drive a van which will follow the group and carry all their personal possessions.

Potential candidates should be 18 to 25 years old to mirror the Greek Cypriots’ age group. George Koumandaris, 22, one of the team told the Sunday Mail that was best if the team is about the same age so it is easier for them to bond and be comfortable with each other. Besides, the idea is to give an opportunity to the new generation to get together as they did in the past.

However, he added, all are welcome to join for a day or two.

“Anybody who wants to join us from age 5 to 105 is more than welcome,” he said, adding the plan is to post on social media where the group is in the evenings, and when they will set out the next morning.

To prevent the hike from degenerating into a political debate, the group said it was important for all participants to leave their political parties behind.

“The main reason we are doing this is to show that Greek and Turkish Cypriots can live together in peace without having any political beliefs,” the group announced.

Apart from a dedication to the bicommunal cause and a holder of Cypriot ID, applicants need to be nature lovers, athletic and have a strong sense of adventure.

Basic cooking skills are also essential, since this is not going to be a trip where eating in restaurants is on the cards. The idea is to cook as a team, another chance to learn more about each other by interacting and introducing each other to ingredients that are used in each part of the country.

It is also a way of saving money. Each person needs to contribute something, but it is hoped that sponsors will provide most of the money. However, the sponsors to approach will be decided when all the group members have been chosen.

Some camping has been tentatively planned, and some nights the group will be able to stay in the homes of friends and relatives.

Early starts and a long lunch break will ensure the hot June weather does not get too exhausting.

And what are the benefits? Apart from the bonding and becoming an ambassador for the cause, it is likely that the team will be mentioned in the Guinness Book of World records as the first one to tour the whole Cyprus coastline.

Some plans have been made for the video to be shot. The group might offer it to local TV stations and is thinking of posting it on YouTube to make it globally known as well.

But a lot of plans and arrangements still need to be made, and those who apply had better be sure that they have a lot of free time on their hands between now and June 10.

“We are not looking for someone who works full-time,” George explained, “but maybe a student with some time or a person who is unemployed.”

If you are interested and speak English, the language of communication among the group, send a copy of your ID and your contact details to [email protected] by March 23 in order to arrange an interview. For more info call George on 99-819087.