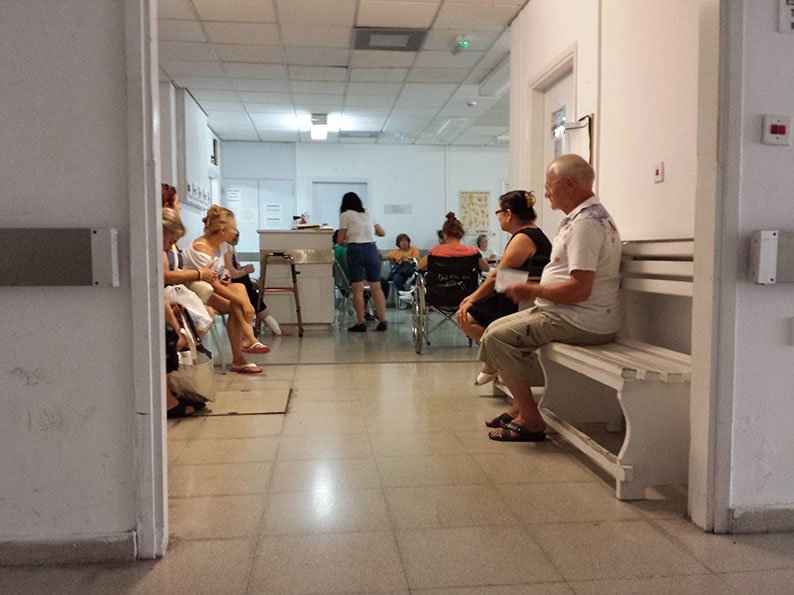 Some years ago, I remember writing about the Paphos District Office planning permit department which offered advice on a dire situation in Armou. It seemed some faulty construction by a developer meant that the department had to issue some notices stating that the properties were not fit for human habitation. The occupants were required to leave. I will not name the self-regarding official who issued the notices, but he ensured all the information for the residents was in Greek, pointing out that “Yes, everything is indeed in Greek – which is the language of this country”. To be strictly accurate, there are two official languages here as set down by the constitution.

That aside, this precious and unhelpful individual had clearly not noticed that Cyprus has become somewhat multi-cultured these days, to say nothing of the fact that all the affected residents were expatriates.

What would it have taken to have had a translation prepared in English alongside the Greek version? The home owners were suffering enough unhappiness without some unfeeling and pompous jobs-worth needlessly adding to their distress.

I have never forgotten this prime example of official dismissiveness, although nobody is in a position to criticise Cypriots when they come back at us expatriates and suggest, occasionally quite forcibly, that if we come to live here then we should learn the language. And all too few have taken the time and trouble to do just that. But hey, we contribute to the community in such a wide variety of ways, adding tax payments, indirect wealth and direct employment in many, many contexts. So, how about a little goodwill from those born and brought up here? It wouldn’t come amiss.

This brings me to the entire Greek language xenophobia thing, where we find all notices in hospitals are only in Greek. It’s all fair enough, but it might be remembered that large numbers of non-Greek speakers/readers attend these already confusing places and could do with a smidgeon of help in this regard. Moreover, take home your medicine from the hospital or a private pharmacy and within the container all the details about the medicine are in Greek – which could be genuinely dangerous. This is especially so in the hands of elderly patients or those less able than they once were to immediately understand medical instructions given all too briefly by the doctor, nurse or pharmacist.

Inasmuch as communication is naively believed by the government to be in good shape, why is that ministries, well paid ministers, officials, and other more than adequately supported public figures seem unable, or unwilling, to answer civil and polite correspondence or contact? And whether it be in Greek or English, any response is as rare as hens’ teeth.

The ‘great and the good’ live in a different world of ludicrously and unnecessarily expensive official cars, out of kilter salaries, and over-stuffed departmental levels – all of which contribute towards a ‘them and us’ culture, which militates against efficiency and sensible governance. The feeling that our masters and mistresses have lost the plot and have their being on another planet is all pervasive and overwhelming.

I have seen all this in nearly 15 years of approaches to ministers, ministries, officials, and even the president, (whose office once memorably asked me to accept the president’s good wishes for health and happiness – but didn’t answer my queries).

Finally, the evil practice of rusfeti is the bane of Cypriot culture. It is a dreadful sub culture, but Greek Cypriot friends tell me that although near tragic and appalling, it is deeply embedded within the Cypriot psyche and will never change.

If this is so, then there will be an increasingly limited opportunity for the best people to get their hands on the tiller and steer Cyprus back into the real world. A world where the economy can thrive, political honesty can become the norm, and where something as basic as answering approaches from the great unwashed publlc, as we are all clearly labelled might one day be restored.

Officialdom is terrified of being publicly accountable, and such a civic disease is truly holding back the further development of this intelligent, flourishing, regionally significant, important and potentially influential end of the Eastern Mediterranean.

The Commonwealth and LGBTI rights