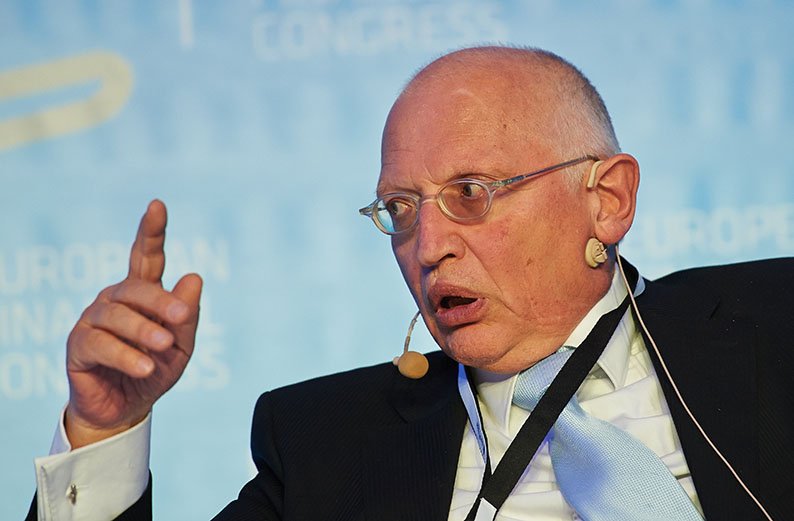 I am aware that a few readers of this article will seek to downgrade my concerns by calling me “an alarmist”.  I would say to them that identifying and assessing risks is a process that successful managers always go through when confronting serious problems.

The president recently said that the member-states of the European Union have rejected the Turkish demands concerning the “four freedoms” and that the EU leaders believe that yielding to such demands would constitute “a bad precedent”. He then added that the matter is an issue of concern to the whole of the EU and not just Cyprus. I must admit that I have not heard any member-state or any EU leader saying what has been attributed to them, with the sole exception of a lukewarm statement (the validity of which is self-evident) that the subject concerns the whole of the EU and not just Cyprus.

My own feeling is that the EU is getting tired of Cyprus, the Cypriots and their problems. In 2004, the EU sought an agreed solution in the context of Cyprus’ entry into the union. In his statement before the European Parliament, the protagonist of that process, Commissioner Gunter Verheugen, stated – in no uncertain terms – that the Greek Cypriots had deceived him and failed to adhere to the understanding, on the basis of which Cyprus was admitted to the EU (minutes of the European Parliament dated 21 April 2004).  He concluded his prophetic statement as follows: “To those who now argue, ‘yes but then too many Turkish soldiers will remain on the island’, let me say this: rejecting the plan perpetuates the presence of 30,000 Turkish troops in Cyprus (applause).  Another complaint is that too many Turkish settlers will remain on the island.  Let me tell you this: rejecting the plan opens the door for a further 100,000 Turkish settlers to come to Cyprus.”

Glafcos Clerides was equally prophetic when he said: “The years will lapse with the refugees remaining away from their homes and the division of Cyprus into two pieces will be the outcome of our own behaviour.”

In the recent past, the United Nations, the United States and the European Union, in a coordinated effort have all attempted to help resolve the Cyprus problem. They warned us that this could be our last chance to avert the turkification of Cyprus. We chose to ignore this warning (even though it was given in a manner that left little room for misinterpretation). This – possibly last – chance appears to be faltering because of an action taken by fringe Cypriot politicians, who are seeking the division of Cyprus.

Personally, I have grown tired of hearing the rejectionist parties telling me what they dislike about the plans that are in the making for a solution. I am very keen to hear what they are in a position to offer in terms of a solution that would be accepted by the other side. Needless to say, I do not wish to hear them setting nice but unattainable targets or merely expressing what they would like to see happening. I do not want them endlessly debating amongst themselves about red or green lines, as if, once they reach an agreement among themselves, the problem would vanish overnight. To the extent that they have formulated a new strategy, which has a reasonable chance of attaining the goals they have set for themselves, they should tell us about it. If their goal is to divide Cyprus into two, they should have the guts to say so. I suspect that they would not dare talk about these issues because if they did, the derogatory adjectives they normally reserve for those who resist the division of Cyprus, would be applicable to them and not to their opponents.

Unfortunately, the risk of Cyprus being thrown out of the European Union is visible. It would be a mistake to assume that it will never happen whatever we do and however we behave. In the past, the rejectionists have pompously referred to the need to develop Plan Bs but they appeared to be under the impression that a Plan B is something which one can easily purchase at the local supermarket. Given the visible prospect of tragic developments akin to those of the Asia Minor Catastrophe and of the 1974 war recurring, the rejectionists must clearly spell out how the survival of Cyprus, as we know it, will be protected, if events take a downhill turn, as they did in 1922 and 1974, 95 and 43 years ago, respectively.

The Europeans have grown tired with the problems confronting the Greek Cypriots and – regrettably – they believe that our problems largely stem from our intransigence.  My assessment is that, if these problems persist, they would not hesitate to throw Cyprus out of the European Union.  Whoever believes that we are in a position to stop them from doing this is politically naive.

Right now, the battle between the EU and Turkey caused by the forthcoming referendum is in full swing. However, this battle, which is fought with blank shots, will soon come to an end and then, if we continue behaving irresponsibly, we may see Cyprus being led to the altar, as Iphigenia was in the Trojan War. If such a thing happens only deus ex-machina would be in a position to save us.

A problem with language and communication

British Airways and the sarnies saga