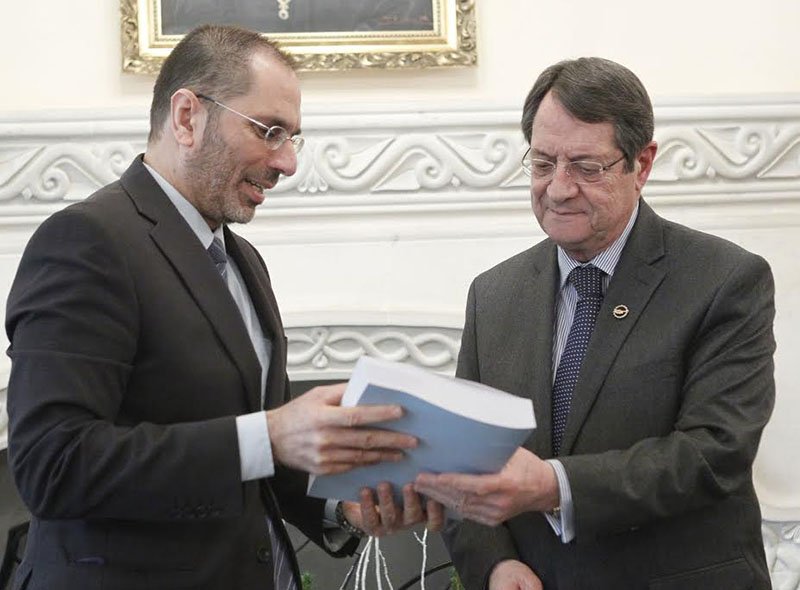 Auditor-general Odysseas Michaelides will no longer deliver to the president and publish his report once a year, instead releasing the findings of each investigation as and when it is concluded.

Speaking at a conference on corruption, organised by the Oxygono think tank and the University of Cyprus Economics and Administration school on Monday night, Michaelides said making his findings public is the only tool at the Audit Service’s disposal, since it has no executive powers.

He said the service invited the United Kingdom’s Audit Office to review and evaluate its practices.

“After discussion with them, we are abandoning this form of reporting,” the auditor-general said.

“We will not deliver such a report to the president. When every individual thematic report is done, we will publish it.”

On the broader issue of corruption, Michaelides said Cyprus exhibits a tolerance, “if not a tendency”, toward corruption.

“We are taught growing up to accept corrupt practices as long as they do not affect us personally, and that everything has its price,” he told the audience.

“We grow up in a society where a minister can simply deem the ethics rules that ban him and his companies from doing business with the state ‘shenanigans’.”

This was a barb referring to the auditor-general’s recent row with Interior Minister Socratis Hasikos, who Michaelides has accused of bidding to rent a building owned by one of his companies to a government department.

Hasikos shot back that he had simply been bidding for a continuation of an already existing contract after its expiry, and described the prospect of transferring the company to his wife or children – which would technically absolve him of any potential conflict – as “shenanigans”.

“And another minister, who disregards the laws that mandate the launching of a disciplinary hearing against one of his ministry’s employees, who, without the green-light from the Public Service Commission, routinely roamed the TV channels, confusing the public as to whether she was representing the finance ministry or the party she belonged to,” Michaelides added.

This was a reference to Finance Minister Harris Georgiades and ministry official Savia Orphanidou, also a high-level member of ruling Disy.

“In this age, there are no messiahs, but there are still people who set the bar of ethics high,” Michaelides said when asked how such attitudes may change.

“Ethics certainly encompass legality, but it is a much broader concept. What is legal isn’t necessarily ethical, but what is illegal is certainly – or almost certainly – unethical.”

Earlier, addressing the event, UCy rector Constantinos Christofides urged the auditor-general to investigate who made fortunes off Turkish Cypriot properties since 1974, and who received state land since 1960.

He also wondered what the man-hours of union leaders in primary and secondary education are costing the government.

“When the premises of the teachers’ unions are larger and grander than our schools, I’m sorry but the country is in trouble,” Christofides said.

The rector added that the ‘revolving-door’ system of government ministers being hired as soon as they leave office by private-sector companies, with whom they may have negotiated weeks earlier, also constitutes corruption.

“As a state, we need a clear vision that will be supported consistently and focus,” Christofides said.

“We must help build a modern state, in every way, of which we can be proud, as well as responsible, creative citizens.”

Of bread and wine: the world’s most expensive cities