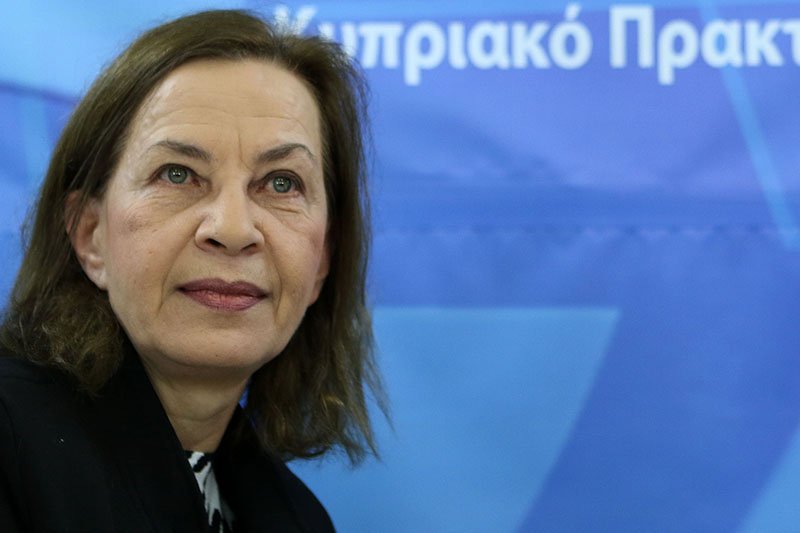 Opposition parties remained tight-lipped on Tuesday as to whether they will support the cabinet decision to appoint state attorney Maria Stylianou Lottidis as the new ombudswoman.

Lottidis’ appointment – that was announced by the cabinet last week – must be approved by parliament, which is expected to discuss the matter soon. Lottidis is married to one of the owners of Kathimerini newspaper. She will be replacing Eliza Savvidou whose term ended last week.

The cabinet’s choice has raised concerns over what opposition parties and organised groups believe was a move of the Anastasiades administration to secure support from Kathimerini ahead of next year’s presidential elections, while others fear that she is not the right person for the job.

The first reaction came from the head of Cyprus Stop Trafficking non-governmental organisation, Androula Christophidou Henriques, who believes that most suitable for the job is the head of the Ombudsman’s office, Aristos Tsiartas who has experience on the complex tasks handled by the service.

In an open letter to the president, Henriques said that even though she does not question Lottidis’ credentials as a lawyer, “under the law governing the powers of the Ombudsman, this is not enough, as it is required that the person chosen must be of ‘recognised education and experience’”.

Henriques had reacted strongly last week as soon as Lottidis’ name was announced, mentioning that there was cronyism behind the government’s choice.

Citizens take to the ombudsman seeking shelter and protection from unlawful and arbitrary actions of the administration and state power, she said in the letter. “To do so, they must first of all trust both the prestige of the institution and the impartiality and independence of the ombudsman”.

By projecting an image of cronyism in the selection process of the ombudsman, she said, undermines the ability of “this important independent authority to perform its task”.

As regards opposition parties, their announcements are expected within the coming days whether they support Lottidis as the new ombudswoman.

According to media reports, the two biggest opposition parties – Akel and Diko – are not eyeing the cabinet’s choice positively, but remain tight-lipped as to their decision.

Daily Politis – citing sources – reported on Tuesday that Akel believes that the cabinet’s choice does not fulfil the criteria set by the law, while it expressed concerns over Lottidis’ husband’s publishing activities.

The party’s spokesman Stefanos Stefanou, told the Cyprus Mail, however, that “when the time comes, we will voice our opinion”. He refrained from confirming the media reports or elaborating.

The daily also said that the same source told them that Akel does not forget that Disy did not in 2011 back criminologist-academic Andros Kapardis’ appointment as ombudsman by the Christofias administration.

Kapardis’ appointment fell through as he had received the support of only the Akel MPs in parliament with the rest of the deputies voting against, citing the issue of his neutrality, as he had served as governor of the Central Prisons and had also supported Christofias’ candidacy.

Diko spokesman Athos Antoniades told the Cyprus Mail that the party has yet to reach a decision, but that they will take into consideration three parameters; the fact that the Anastasiades administration did not discuss the appointment with them prior to the cabinet’s announcement and that Lottidis is a politically exposed person.

“In other countries, politically exposed persons are not allowed to be appointed to such posts,” Antoniades said.

He added that to the party’s decision would also weigh in whether Lottidis is qualified for the job.

Murdered businessman was warned his life was in danger