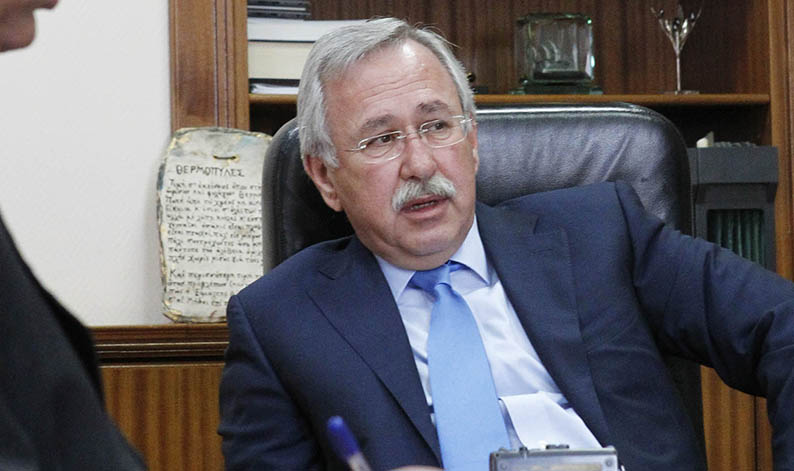 The government should not rent the building chosen by the Civil Aviation Department as its premises, the Audit Service said on Wednesday.

Instead, the service said in a statement, a new public competition should be opened, in order to find a building with a better value for money quotient.

The building in question belongs to a company that is 60-per-cent owned by Interior minister Socratis Hasikos, and the rental proposal was the issue over which auditor-general Odysseas Michaelides reported the minister to the conflict of interest committee, as the law bans government ministers from having business dealings with the state.

After investigating the circumstances under which the Civil Aviation Department, which had been housed in Hasikos’ building from 2007 until the contract expired in 2016, invited interested owners to submit proposals to rent their office space to the department but ended up going for Hasikos’ building again, Michaelides made his findings public.

The original contract, he reported, expired in December 2015 but was renewed for another year so that the department could find new premises.

However, a 2011 cabinet decision for a mandatory 5 per cent decrease in payable rent for all buildings leased by the government had not been implemented due to the owner’s disagreement.

Further, the competition that was announced in 2016 for the rental of office space as of January 1, 2017, had not followed the “principles of transparency and good governance”, and did not “safeguard the public interest”, Michaelides said.

One key problem with the competition, the auditor-general found, was that, although the terms stipulated that eligible office buildings were required to have at least 84 parking spots, the building that was eventually selected offered only 54.

To this observation, the Civil Aviation Department’s director replied that current needs are only for 54 parking spots, and added that the building has a total 190 spots, available for a price.

She added that the availability of 84 spaces mentioned in the terms was merely “preferable”.

Rejecting the explanation, Michaelides wondered why the competition’s terms called for at least 84 parking spots if only 54 were needed.

Besides, he noted, the fact that the terms did not describe the number of parking spots as “preferable” may have excluded potential bidders.

The auditor-general said he would be making a formal recommendation to the government agency responsible for renting office space for government departments and services to not sign the contract for the rental of Hasikos’ building.

Job creation on the rise in the private sector