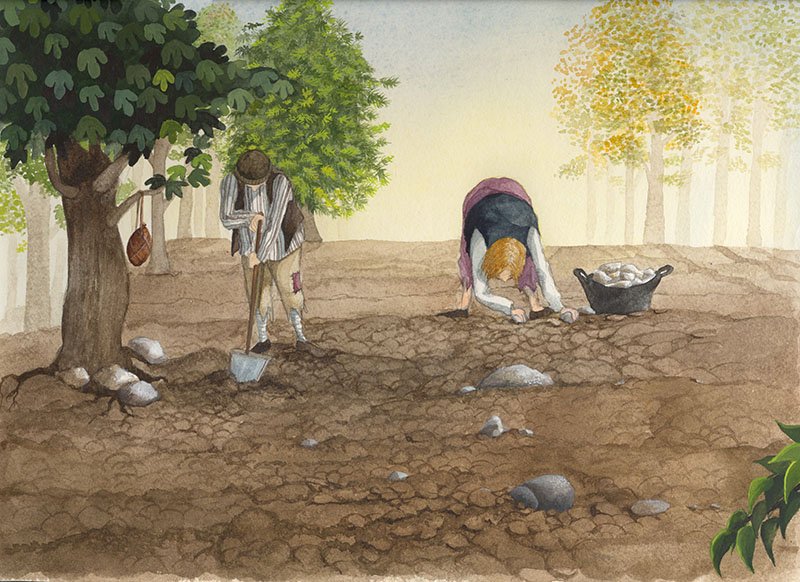 The Fairy Tale Museum in Nicosia will fill our imagination with more fairytale-like images and stories during its very first art exhibition, to open on Tuesday.

For this first art exhibition, the museum will showcase 54 original works of art created as illustrations for children’s books by Greek painter and illustrator Effie Lada.

The exhibition, under the name Flying Among the Clouds, will be the first that Lada has showcased in Cyprus.

Lada studied painting with the well-known Greek painter Yorgo Voyatzis and she has participated in collective painting exhibitions. Illustration of children’s books has always been her main interest, and she has exclusively been working in that field since 1991.

She has illustrated more than 80 books and also created the illustrations for many book covers. The books have been translated in several languages, including Italian, Korean, Russian, Chinese, Croatian, and Turkish. In 2009 the artist was honoured with the IBBY (International Board on Books for Young People, Greek Branch) Illustration Award for her work for the book The Rain of Stars.

The book The King Who Had Too Much of Everything which she illustrated and was written by M. Papayianni, made the White Ravens 2016 list, a global list of recommended children’s books compiled of the International Youth Library of Munich.

Lada is a member of the non-profit organisation Plant Your Roots in Greece, has done voluntary work for the ‘Children’s Village SOS.’ designing Christmas cards, and is also a member of the chamber of Fine Arts and the Greek section of IBBY (Circle of the Greek Children’s Book).

The Fairy Tale Museum, where the exhibition will be held, has developed a special relationship with Lada as the artist crafted the Museum logo and she has shaped the museum’s visual identity – her illustrations create a visual thread connecting the exhibits.

The museum, which was founded in 2016 and has its official opening this year, hosts storytelling events, special exhibitions, exhibitions dedicated to writers and illustrators, and educational programmes for children, families, and school groups. It is the perfect place for anyone who loves the magical world of imaginative tales and storytelling to escape into, to view rare books and art inspired by fairy tales and folk tales.

IMF mission to visit Cyprus for its first post-programme monitoring