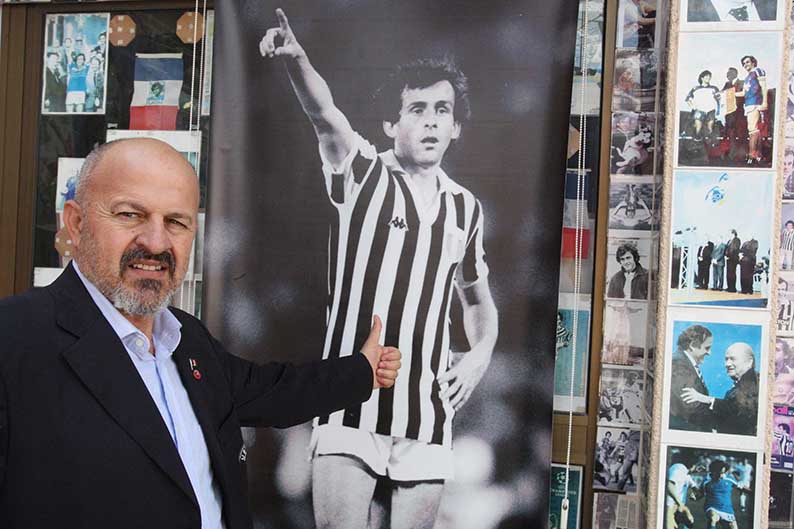 Philippos Stavrou with a few of his 41,630 Michel Platini exhibits at ‘Platini’s house’ in Mosphiloti (Christos Theodorides)

This Sunday will see yet another attempt by a Cypriot to make it into the Guinness Book of World Records, but this time the goal is not just one, but two records.

The collection of 41,630 exhibits is located in a museum in Mosphiloti called ‘Platini’s house’ after the world-famous French soccer player and former UEFA president, Michel Platini.

It was created by Philippos Stavrou who has now applied for the records. Among the exhibits in the museum which Platini himself has visited are thousands of photographs, press clippings and memorabilia reflecting various phases of the player’s life and career.
[smart-photo]

“The record for the largest collection of sports memorabilia is a new one and has already been approved by Guinness,” said Stavrou’s friend Dimos Christodoulides, who helped him apply for the records. “The other one has not yet been officially approved.”[/smart-photo]

Christodoulides knows what he is doing, as he himself has two records in the famous book, also linked to football. One is for the most consecutive football headers by a pair, 1013, a record which he set in 2014 with his brother Renos. The other, again with his brother, was set in 2016 for the longest time heading a football between two people, 13 minutes and 54 seconds.

If the amount of exhibits Stavrou owns are indeed more than 41,000 he will easily beat the current record holder. The largest collection of sporting memorabilia is owned by José Renato Sátiro Santiago Junior from Brazil with 23,135 objects from Brazil’s national football team, a record set in 2012.
[smart-photo]

[/smart-photo]
The world will know after March 26 when two witnesses will be present at 10am while the inventory is counted.
previous post

18 migrants cross from the north