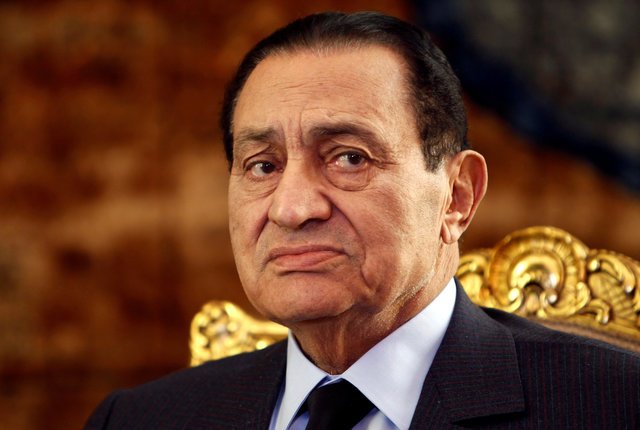 Hosni Mubarak, the Egyptian president overthrown in 2011 and the first leader to face trial after the Arab Spring uprisings that swept the region, was freed on Friday after six years in detention, his lawyer said.

The 88-year-old was cleared of the final murder charges against him this month, after facing trial in a litany of cases ranging from corruption to the killing of protesters whose 18-day revolt stunned the world and ended his 30-year rule.

“Yes, he is now in his home in Heliopolis,” Mubarak‘s lawyer, Farid El Deeb told Reuters when asked if Mubarak had left Maadi Military hospital in southern Cairo where he had been detained. Heliopolis is an upscale neighbourhood where the main presidential palace from which Mubarak once governed is located.

Mubarak was initially arrested in April 2011, two months after leaving office, and has since been held in prison and in military hospitals under heavy guard.

Many Egyptians who lived through his presidency view it as a period of stagnation, autocracy and crony capitalism. Arabs watched enraptured when the first images of the former air force commander, Egypt’s modern-day Pharaoh, were beamed live on television, showing him bed-bound in his courtroom cage.

The overthrow of Mubarak, one of a series of military men to rule Egypt since the 1952 abolition of the monarchy, embodied the hopes of the Arab Spring uprisings that shook autocrats from Tunisia to the Gulf and briefly raised hopes of a new era of democracy and social justice.

His release takes that journey full circle, marking what his critics say is the return of the old order to Egypt, where authorities have crushed Mubarak‘s enemies in the Muslim Brotherhood, killing hundreds and jailing thousands, while his allies regain influence.

Another military man, Abdel Fattah al-Sisi, stepped into Mubarak‘s shoes in 2013 when he overthrew Mohamed Mursi, the Brotherhood official who won Egypt’s first free election after the uprising.

A year later, Sisi won a presidential election in which the Brotherhood, now banned, could not participate. The liberal and leftist opposition, at the forefront of the 2011 protests in Cairo’s Tahrir Square, is under pressure and in disarray.

Years of political tumult and worsening security have hit the economy, just as Mubarak always warned. Egyptians complain of empty pockets and rumbling bellies as inflation exceeds 30 percent and the government tightens its belt in return for loans from the International Monetary Fund.

“The economic crisis we are living in and the high prices take priority over everything, as does the fear of terrorism. That is what preoccupies ordinary citizens, not Mubarak,” said Khaled Dawoud, an opposition politician who opposed the Islamists but also condemned the bloody crackdown on them.

“When you see the group of people who show up and cheer and support him, you are talking about 150, 200 people,” he said, referring to occasional shows of support outside the Maadi hospital when Mubarak was there.

BACK TO THE PAST?

But early hopes of democratic change in the region have eroded. In Syria, Bashar al-Assad still holds the presidency in a country ruined by a civil war that has drawn in global and region powers.

Yemen’s Saleh joined his erstwhile enemies in a new battle for power that has driven into famine a country on the fringes of the Gulf, one of the world’s richest oil-producing regions.

In Egypt, Mubarak-era figures are gradually being cleared of charges whilst a series of new laws have curbed freedoms.

Mubarak was originally sentenced to life in prison in 2012 for conspiring to murder 239 demonstrators during the revolt. An appeals court ordered a retrial that culminated in 2014 in the case against Mubarak and his senior officials being dropped.

An appeal by the public prosecution led to a final retrial by Egypt’s highest court. It acquittedMubarak on March 2.

Early on, families of those killed attended hearings. But as the political tide turned against the revolutionaries, Mubarak supporters began to show up and many of the families started to lose hope that they would see justice.

Mohamed al-Gundy died after being arrested in Tahrir Square and taken to a police station, where his mother says he was beaten to death. The 29-year-old tour guide became politically active after seeing a man eating from a bin, she said.

Through his trial, Mubarak seemed baffled by people’s anger, insistent that he had done his best by his country and adamant that history would vindicate him. Many Egyptians say the turbulent six years since their ill-fated flirtation with revolutionary change already have.