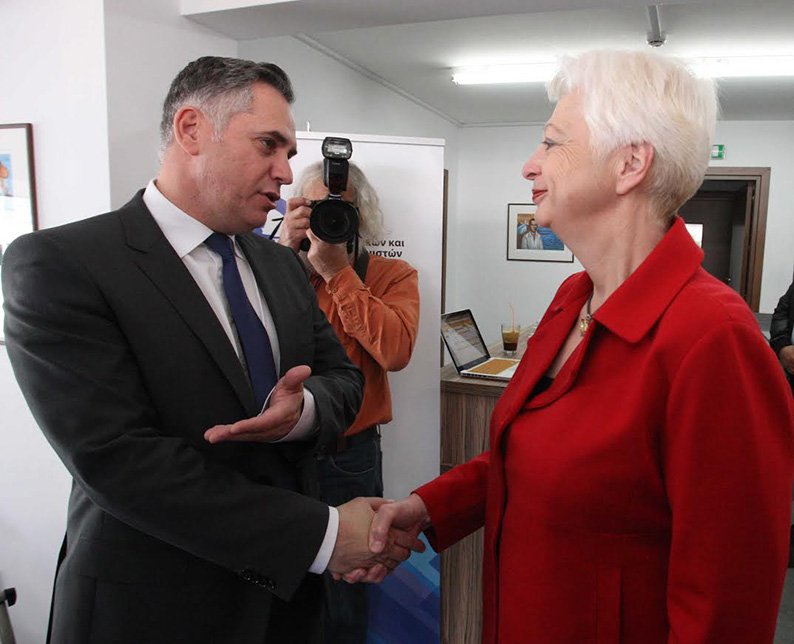 A JOINT working group will attempt to draft a common policy declaration to facilitate cooperation in next year’s presidential election, Diko and Solidarity leaders announced on Friday, adding that the goal is, at a later stage, to find a single candidate the two parties can support.

Speaking to reporters following a meeting, Diko leader Nicolas Papadopoulos and Solidarity’s Eleni Theocharous stressed the need for the five parties of the so-called ‘centre’ – Diko, Edek, the Citizens’ Alliance, Solidarity, and the Greens – to align.

Theocharous said she will have separate meetings with Alliance leader Yiorgos Lillikas and Edek’s Marinos Sizopoulos, while a joint meeting of all five party leaders is on the cards.

“It was an excellent meeting,” Papadopoulos said.

“The common goal is change, and to be rid of the current administration, which has failed both in its efforts to solve the Cyprus problem, and in domestic issues.”

It is a historic duty for the five parties of the centre to do everything possible to achieve the goal of changing the current administration, he added.

Despite being a young party, Papadopoulos said, “we can only note the honesty and passion with which the leader and members of Solidarity defend principles and values, which is why we want to cooperate with them”.

“We truly believe that together, with passion, honesty, decisiveness, and a fighting spirit, we can change Cyprus for the better,” Diko’s leader said.

Theocharous said the cooperation between Solidarity and Diko is a given, and what remains to be seen is whether the rest of the parties will join.

Although Lillikas has all but announced his candidacy for president, Papadopoulos said the Citizens’ Alliance wished to “continue deliberating with Diko and the rest of the centre parties”.

“Our goal is to cooperate with all centre parties, because we have a historic duty to contribute in ridding the country of this administration and its failed policies,” he said.

Theocharous said she didn’t believe the five-party front will not suffer defections, and “everyone will rise to the occasion and support our effort to save the country”.

“We are in favour of negotiations,” she said.

“Anyone accusing us of opposing talks is a fool. We support talking but not on our knees opposite an intransigent Turkey.”

Government deposits at CBC drop to €1.1bn in February

A slam dunk of a poetry event