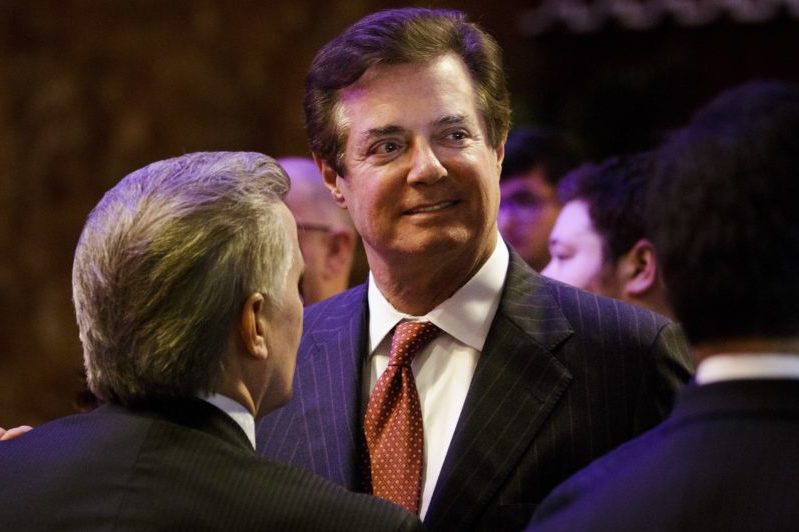 Investigations into the ties of US president Donald Trump’s team with Russia have diverted media attention to Cyprus, with US authorities probing his former campaign manager Paul Manafort and media questioning commerce secretary Wilbur Ross’s possible ties to Moscow through the Bank of Cyprus.

US Treasury agents requested and obtained information as part of a “Federal anti-corruption probe” into transactions involving Manafort, who resigned in August last year when it emerged that he had failed to disclose lobby work he had done for pro-Russian oligarchs in Ukraine and was Trump’s first “Russian” casualty, the New York Times reported on Thursday.

The New York Times which cited an Associated Press wire, reported that Attorney-general Costas Clerides was aware of the US request. Clerides did not respond to the Cyprus Business Mail’s request for comment.

US authorities which are investigating Russian meddling into last year’s presidential elections in the US, are also looking into a possible collusion between the Trump campaign and Moscow. Trump’s former national security advisor Michael Flynn already had to go in February after it emerged he had not told the truth about his meetings with the Russian ambassador to Washington.

On Monday, the head of the Federal Bureau of Investigation (FBI) James Comey, told a hearing at the US Congress that Russia’s authoritarian leader Vladimir Putin may have decided to help Trump win the election because of his hatred to the latter’s opponent, Democratic candidate Hillary Clinton.

Media are also investigating the ties of commerce secretary Wilbur Ross, the US billionaire who led a group of US investors into Bank of Cyprus’s 2014 capital increase and was the bank’s vice-chairman until February. On Thursday, The Guardian reported that Ross “presided over a deal” with Artem Avetisyan, considered to be linked to Putin.

The Bank of Cyprus deal involved the sale of Uniastrum, Bank of Cyprus’s Russian unit, which the largest Cypriot lender acquired in 2008 for an estimated €400m. Avetisyan acquired the loss-making unit for €7m.

Manafort’s activities attracted the attention of US authorities as part of an investigation to recover stolen assets by former Ukrainian president Viktor Yanukovych three years ago. His overthrow in a popular revolt then, angered Putin who in response ordered the seizure and annexation of Crimea.

The New York Times reported that information about Manafort’s transactions via Cyprus came through a public court document from 2014 case at a court in the Cayman Islands, involving Oleg Deripaska, a Russian Oligarch.

In one case, a company linked to Manafort in 2009 received $1m (€0.9m) through Bank of Cyprus, the New York Times reported. When the money left the account on the same day, it was split in two and landed to accounts “with no obvious owners,” The New York Times reported. US authorities have not made any official request to Cypriot authorities as part of the bilateral mutual legal assistance treaty.

An ex banker commenting in response to a Cyprus Business Mail question said that while he was unaware of an account belonging to Manafort, it cannot be ruled out that he could be the ultimate beneficial owner of a company maintaining an account at a bank in Cyprus. Bank of Cyprus declined to comment.

Second escaped convict caught in the north, back in jail (Update 2)

Government deposits at CBC drop to €1.1bn in February