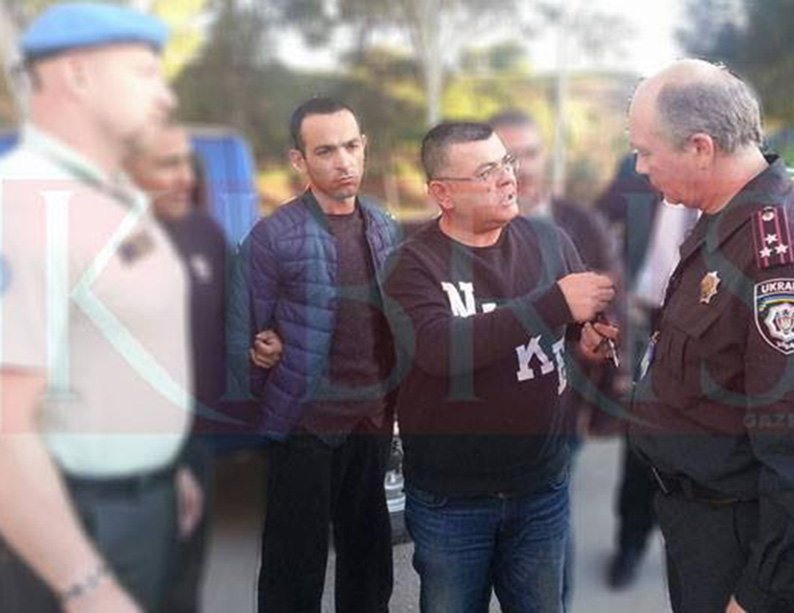 Authorities in the north have located and arrested 27-year-old Irakli Guruli, the Georgian burglary convict who escaped the Central Prison on Wednesday night, reports said on Friday.

According to Turkish Cypriot sources, Guruli was handed over to the UN within hours of being caught.

By 6pm, UN peacekeepers had handed him back to police at the Ledra Palace crossing point in Nicosia and he was transferred back to the Central Prison.

Meanwhile, prison director Anna Aristotelous said on Friday that criminal and disciplinary probes have already been launched against three prison guards responsible for monitoring the electronic surveillance systems during the escape.

A preliminary investigation revealed that all surveillance systems covering the prison’s perimeter, including closed-circuit TV, lasers, and an alarm, had been set on silent mode during the incident and went unnoticed by the three guards for about one hour.

Aristotelous rejected criticism by political parties over lax security measures in the prison, describing the incident as “isolated” and as having been caused by human failure.

“Under no circumstances does this incident reflect on the modern and upgraded security systems in the prison,” she said.

She urged parties to leave the prison out of the political arena, noting that if investigation reveals others who should be held accountable, they will be.

Criticism against Justice minister Ionas Nicolaou did not abate on Friday, with Akel MP Aristos Damianou charging that the minister opted to hide behind the prison director.

“Just like he did after the multiple murder incident in Ayia Napa, instead of taking centre stage as the political leader, he goes in hiding and lets other assume or award responsibility,” Damianou said.

“Before taking over the Justice ministry, Mr Nicolaou routinely demanded the resignation of ministers. He had been vocal, unyielding, and always cited transparency and political ethics. Today, he escapes his own responsibilities.”

In a statement, Nicolaou said the ministry has suspended a prison guard on contract and requested the Public Service Commission to suspend two permanent guards, against whom a disciplinary probe has been ordered.

“Further, the chief of police has appointed a team of investigators to investigate possible criminal responsibility arising from this incident,” he said.

“The questions and responsibilities are quite serious and will be addressed in full by the investigations, and I can assure you that, as part of our zero-tolerance policy, not only will there be no cover-up, but all found responsible will be either prosecuted and disciplined accordingly.”

Turkish military begin to clear out of Ayia Marina