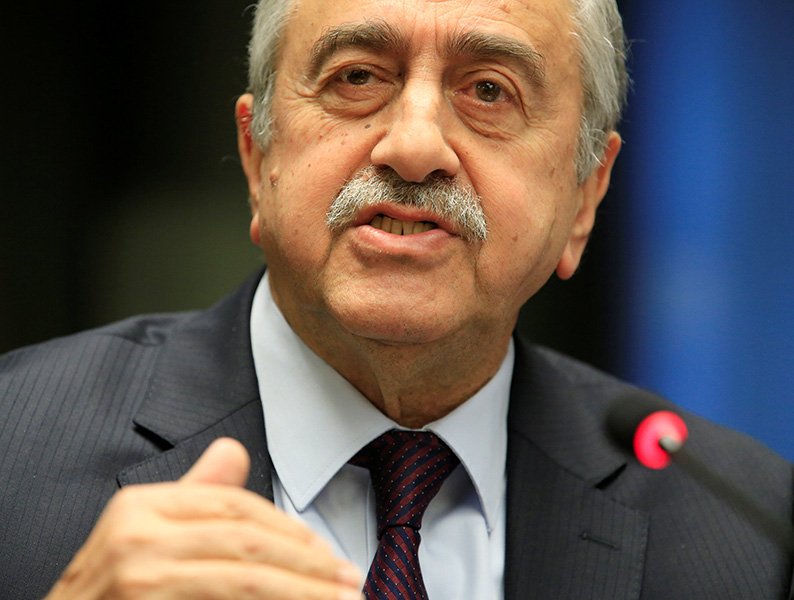 TURKISH Cypriot leader Mustafa Akinci said that if ruling Disy’s bill which provides for the shift of decision-making power on school celebrations from parliament to the education ministry is voted by the House plenum, and if the parliamentary decision to commemorate the 1950 Enosis referendum in schools becomes void, the settlement talks could resume from where they left off.

Speaking at an event in the north, Akinci said that that there was a possibility for a social meeting with President Nicos Anastasiades at the end of the month.

Akinci’s statements follow reports on Thursday that a dinner could be on the cards next week between the two leaders, their first meeting since talks stalled in February over a controversial parliamentary decision to commemorate the 1950 Enosis referendum (union with Greece) in public schools. The two leaders could meet on March 29 or 30, provided that Anastasiades does not travel to Malta.

If it goes ahead, the dinner will take place before a vote in parliament, scheduled for next Friday, essentially to neutralise the decision that became the reason for the reunification talks to stall.

If the Disy proposal is passed by parliament, Akinci said, and if the Enosis commemoration in public schools is removed, “the talks could continue from where they left off”.

Referring to the Enosis referendum commemoration in schools, he said the Enosis movement believed that Turkish Cypriots do not exist on the island, and that was the reason they reacted to the recent move.

The settlement negotiations, he said, were interrupted due to the negativity of the Greek Cypriot side, but that “now some steps are being made to rectify this mistake”.

“To correct one’s mistakes is a virtue and the first step has been made,” Akinci. He added that the Turkish Cypriots would keep a positive stance as to the efforts toward the “revision of the mistake”.

He added that as pre-election campaigns have begun in the Greek Cypriot side, the next two months were very important as regards the settlement talks. Akinci has expressed several times that he would like to reach an agreement before next year’s presidential elections, as this, he believes, would further complicate things.

If the Turkish Cypriots’ wishes on freedom, equality and security are respected, he said, “not only verbally but through actions”, then there was no reason not to have a peaceful future.

He said that his statements do not refer to partition.

“If we achieve a settlement solution within 2017, [the breakaway regime] will evolve into a Turkish Cypriot constituent state. Turkish Cypriots will have a spot as one of two equal states under a federal structure,” he said.

In case, however the Greek Cypriot side does not comprehend that, he said, the breakaway regime would continue on its own.

Ruling Disy’s proposal to shift decision-making power on school celebrations from parliament to the education ministry was approved by the House education committee on Wednesday with the help of Akel. The bill is an indirect way for the government to revoke parliament’s decision for a brief commemoration in public schools of the 1950 Enosis referendum, thereby easing tension between the two sides. It goes to the plenum next Friday.

Anastasiades had admitted that the initial vote was wrong, but had said that he could not take any actions to have the it rescinded. He had also accused the Turkish Cypriot side of overreacting and using the matter as an excuse to stall the talks.

Akinci withdrew from the talks, saying he would not return unless the decision was corrected.

Our View: Time to close the book on the issue of shop opening hours

Stuck in the buffer zone