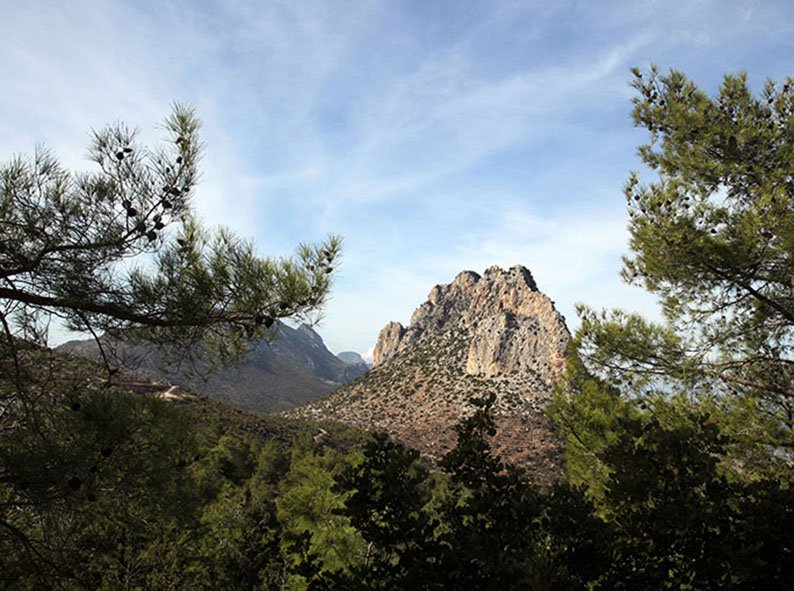 The Pentadaktylos mountain range is a biodiversity hotspot of great value for Cyprus, Europe and the world but is at risk of being destroyed by excessive quarrying, overgrazing, littering, illegal hunting, domestic development and military activities, a report prepared by the office of the environment commissioner has warned.

The report was delivered on Friday by the Environment Commissioner, Ioanna Panayiotou, to the permanent secretary of the foreign affairs ministry Alexandros Zenon. According to the report, the aim is to seek the help of the international community in protecting the morphology of the mountain range, its habitats and species.

“Cyprus has all the characteristics of a botanical paradise,” the commissioner said in an announcement, as more than eight per cent of the island’s flora – 145 species and subspecies – are endemic to Cyprus and unique in Europe and worldwide.

Fourteen plant species are local endemics to the mountain range, the report said, while there are also 14 important habitat types of which four are in danger of disappearance, according to the European Union’s Habitats Directive, the report said.

According to the report, 18 reptile species have been identified at the range, many of which are included in the Annexes of the EU Habitats Directive, “while Pentadaktylos’ caves also provide nesting sites for the rare, protected Egyptian fruit-bat (Rousettus aegyptiacus) and many other protected bat species”.

It adds that 30 bird species of Annex I of EU’s Bird Directive have been identified at the mountain range, “which is a breeding and feeding area for Bonelli’s eagle (Aquila fasciata) and the Long-legged buzzard (Buteo rufinus), while the Griffon vulture (Gyps fulvus) has also been seen on the range”.

“Thirty-six (36) illegal quarries hew the Pentadaktylos mountain range resulting in the alteration of its structure. The tragic consequences of the quarrying are already present through the loss of important habitats and the endangerment with extinction of rare flora and fauna species,” it said.

According to the commissioner, Greek Cypriot and Turkish Cypriot scientists have warned that unless the quarrying stops, the consequences on the environment will be “permanent and non-reversible”.

The report will be sent by the foreign affairs ministry to all the embassies of Cyprus abroad and to foreign diplomats for information and awareness on the issue.