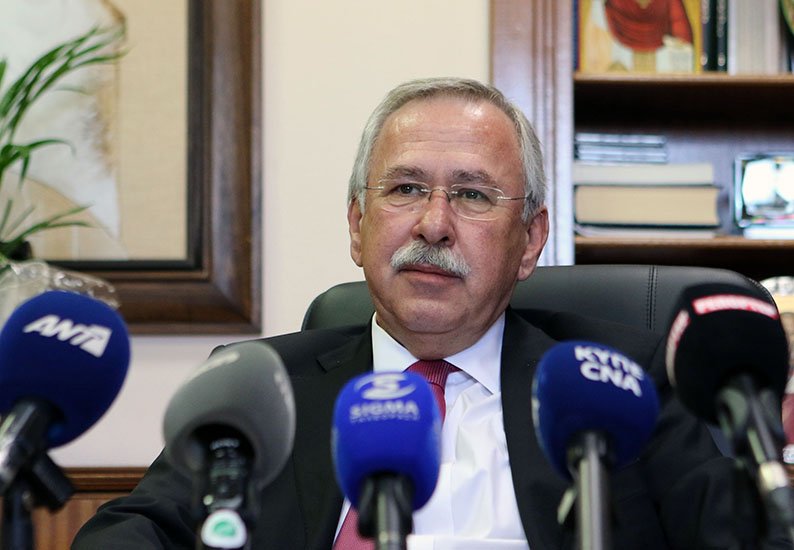 I have written in the past about the tactical scheming of President Anastasiades at which he has proved, as a rule, rather clumsy.

The scheming often shows him up. When he needs to take important decisions relating to the Cyprus settlement, he seems to totally lack the courage required. Mustafa Akinci was absolutely right in recently saying that whenever a point was reached where Anastasiades had to take a decision, he would flee.

This happens because at the back of his mind is always the thought that his decision might spark the rejectionist camp’s criticism and lose him some votes in the next election. The most recent example was when he fled Mont Pelerin, at the very point he needed to take important decisions, using naive pretexts and arguments that proved just days later to have been untrue.

But when it comes to decisions which he judges will help his personal, political and other pursuits, he shows great courage. He stops at nothing. Everything is viewed through the lens of his political career. He does not care if a decision might cause him embarrassment. And the strange thing is that usually he makes mistakes that harm him personally.

The case of the appointment of the new ombudsperson was the latest illustration of this mindset. I do not know any of the people mentioned in the press as candidates for the post. I have heard from people I trust only the best about Aristros Tsiartas, who already works at the ombudsperson’s office and has a very good work record.

For me, two other important issues are raised. The first was the way Anastasiades arbitrarily went ahead with the appointment of the woman he favoured, rejecting with irrational obstinacy, the person proposed by the interior minister, Socratis Hasikos who had the political responsibility for the ombudsperson’s office.

An appointment like this is an important political decision and it goes without saying that before choosing the person he proposed to the Council of Ministers, the minister would have done his own research, seeking opinions and information about possible candidates. He then would have proposed the most suitable person for the job.

When on such an important issue, the president clashes with the minister in charge and throws the latter’s proposal in the rubbish bin, he shows he has no confidence in him thus belittling and humiliating him. It was as if he were telling him, ‘you are not capable of making the right choice and I do not trust you which is why I did my own research and found a person that is better than the one you proposed.’ Of course, if he could prove this to be the case, the president would deserve praise. But is this the case?

The second issue at stake is the president’s choice (I am not evaluating the qualities and abilities of the lady chosen by the president as I do not know her). I do not at this moment think there is any objective person that does not see the opportunism, the hidden agenda and slyness behind Anastasiades’ action. After all, his appointment record so far has not given us any conclusive indication that he is capable of choosing good and competent people for public posts. I just say ‘good’ because I would not dare say ‘best’ or ‘excellent’.

The only guiding light to the president’s thinking is the presidential election of 2018. The wily thinking behind his choice for ombudsperson was blatantly obvious – he would appoint the wife of a partner in a weekly newspaper in exchange for the newspaper’s support for his re-election bid. Even in the highly unlikely event that this was not the case, he would find it extremely difficult, if not impossible, to persuade anyone that he had other motives. After all, this would be the conclusion every objective observer would arrive at given the president’s record of appointments.

The bigger question posed is: how is it possible that Anastasiades cannot understand that this irrational behaviour is self-destructive? I suspect the answer is that he is lost in the labyrinth of his complicated and interminable scheming and is in no position to know whether he is coming or going.

For Eleni the patriot read partitionist

Our View: Time for a dramatic final act to the Cyprob saga