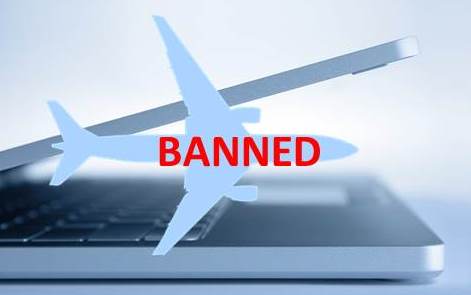 Turkish and Gulf airlines are touting free WiFi and better in-flight connectivity for smart phones as they scramble to mitigate the impact of a ban on laptops in plane cabins bound for the United States.

The restrictions could deal a blow to fast-growing Gulf airlines, which depend on business-class flyers stopping over in Dubai or Doha for far-flung destinations, and to Turkish Airlines with its high volume of transit passengers.

A Turkish Airlines official said it was working on rolling out a system to allow passengers to use 3G data roaming on mobile phones to connect to the Internet in-flight, and planned to make WiFi freely available on some aircrafts from next month.

“We’ve sped up infrastructure work after the latest developments … If the work is complete, we’re planning on switching to free WiFi services in our Boeing 777 and Airbus 330 aircraft in April,” the official told Reuters.

Emirates said on Thursday it was introducing a “laptop and tablet handling service” for U.S.-bound flights which would allow passengers to use their devices until just before they board. The devices would be “carefully packed into boxes” and returned on arrival in the United States, it said.

Fellow Gulf carrier Etihad encouraged passengers to pack their electronics in check-in luggage but said it would also allow devices to be handed over at boarding, a spokesman said. Turkish said it had introduced a similar measure.

Qatar Airways did not respond to questions on how it planned to mitigate the impact of the new security measures, but in a Facebook posting this week it said its in-flight entertainment was “the only entertainment you’ll need on board”.

Royal Jordanian also took a tongue-in-cheek approach, listing on Twitter “12 things to do on a 12-hour flight with no laptop or tablet”, including reading, meditating, saying hello to your neighbour, or “reclaiming territory on your armrest.”