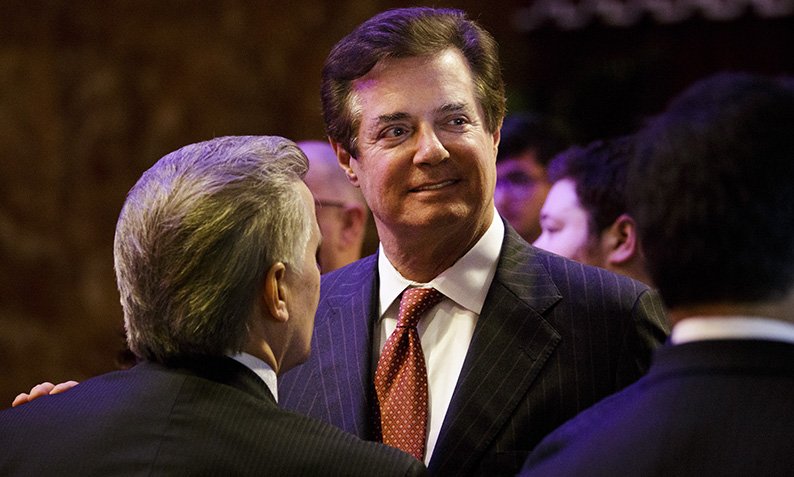 Cyprus’ reputation is taking a hammering abroad with past sins related to money laundering being rehashed and presented as current realities as US media dig deep to link the Trump administration with Russia.

Cypriot authorities have been slow to respond publicly to some particularly damaging reports that have placed the island in the crosshairs after it has spent the years since the financial crisis trying to improve its image as an investment hub. Its application of regulations has been so successful that a recent report by Transparency International said that Cyprus disclosed the most complete set of anti-money laundering data among 12 analysed countries which included the US and UK.

But its former reputation is proving hard to shake. The negative reports began circulating last week as President Nicos Anastasiades and three of his ministers launched a major investment drive in New York.

“Cyprus is a notorious banking hub for criminal Russian money laundering,” stated Maddow. “Cyprus is best known in the financial world as the largest hub for laundering dirty Russian money.”

Speaking of Bank of Cyprus, she called it “notoriously corrupt”.

The bank told the Cyprus Mail on Monday it had responded in writing to MSNBC’s questions on Manafort. The Mail also understands that the Central Bank governor has been forwarded the MSNBC clip but the supervisory body has not offered any comment as yet.

Maddow also told her TV audience that the attorney-general in Cyprus had handed over to US investigators information on Manafort’s financial transactions in Cyprus. However, last Friday AG Costas Clerides told the Cyprus Business Mail “no official request has been filed” so far.

On Monday, the Unit for Combating Money Laundering (Mokas) declined to comment on the Manafort case saying only that “the US knows the procedure on how to submit a formal request for legal assistance”.

Manafort resigned in August last year when it emerged that he had failed to disclose lobby work he had done for pro-Russian oligarchs in Ukraine. The New York Times reported that information about Manafort’s transactions via Cyprus came through a public court document from a 2014 case at a court in the Cayman Islands, involving Oleg Deripaska, a Russian oligarch.

Bank of Cyprus on Monday provided to the Cyprus Mail the answers it sent to questions from MSNBC, stating that the bank “maintains no relationship with Paul Manafort or any companies connected to him”.

It said the bulk of the accounts in question – relating to 15 accounts – were maintained with the now defunct Laiki or Cyprus Popular Bank (CPB).

Although most of CPB’s assets were bequeathed to BoC in April 2013 these did not include any accounts or activities relating to Manafort “either directly or indirectly”, the bank said.

In response to a question as to whether the bank had received any requests relating to Manafort, BoC said: “We always make a point of providing timely and comprehensive reporting when reasons arise.”

It also said that BoC was engaged in “a demanding framework of checks and controls under an enhanced due diligence programme carried out at the highest standards under the US Patriot Act and local and EU law”.

As a result of these initiatives, the bank said it had terminated some 90 per cent of its introducer relationships, as well as some 3,500 accounts with a total turnover of €2.4bn.

“BoC always reports all suspicious or potentially suspicious activities in a timely and comprehensive manner and works very closely and in full transparency with authorities in Cyprus and abroad, including the US. We don’t wait until authorities, either in Cyprus or abroad, send requests. We report all cases as soon as flags are triggered,” it added.

According to Angelos Gregoriades, chairman and head of tax and corporate services of KPMG in Cyprus and president of the advisory committee on investment funds of the Cyprus Investment Promotion Agency (Cipa), the only Cypriot official body to publicly offer a comment on Monday, the damaging reports on Cyprus did not reflect reality.

“The US has removed Cyprus from the high-risk list for money laundering,” he said. “The facts are there, so how can Cyprus be getting hit again with this? Cyprus has moved on from these issues, implements all of the relevant legislation and has been reviewed so many times.”

According to the recent report by Transparency International, Cyprus disclosed the most complete set of anti-money laundering data among 12 analysed countries, “with information available for 14 out of the 20 indicators”.

All 12 countries, for which the availability of anti-money laundering data was analysed, are characterised by highly developed financial sectors, the report said. It named Australia, Cyprus, Denmark, France, Germany, Italy, Luxemburg, the Netherlands, Portugal, Switzerland, the UK and the US. Except for Cyprus, they are all members of the Financial Action Task force (FATF), while Cyprus is a member of Moneyval, which is an associated FATF-style regional body, Transparency said.

“While none of the reviewed countries disclosed data from all five thematic areas, Cyprus and the US disclosed the broadest range of up-to-date anti-money laundering statistics,” it added. Also, Cyprus and France presented the most complete data sets, covering aspects of monitoring, regulatory breaches and sanctions.  The next full assessment of Cyprus is expected to take place latest in early 2018.

Our View: A crowded centre jostling to stand in the 2018 elections