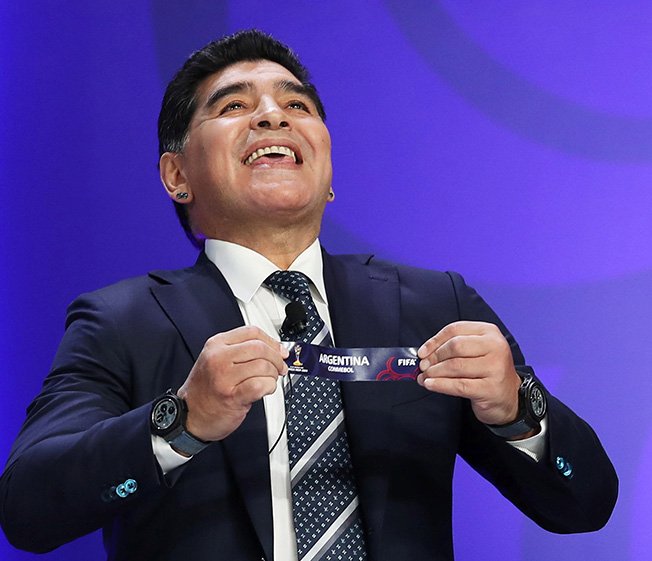 Football’s governing body FIFA said on Monday it had heard nothing official from Diego Maradona since the Argentine World Cup winner threatened last week to quit his ambassadorial role.

FIFA said its last official contact with former Argentina captain Maradona had been when he took part in a draw for the under-20 World Cup in South Korea on March 15.

“There have been no updates from him since then,” said a spokesman, adding that Maradona’s relationship with FIFA during that event had been “very positive”.

Maradona told Argentine newspaper Clarin last Wednesday he was angry over the Argentina FA’s (AFA) decision to appoint television presenter Marcelo Tinelli as head of its national teams committee, which oversees teams from under-17 upwards.

Maradona told FIFA president Gianni Infantino in a telephone call that he would step down if the decision was not reversed within two days, the interview said.

The AFA is currently under FIFA intervention which, Maradona said, gave soccer’s governing body the power to reverse the appointment.

Last June, FIFA responded to a financial and governance crisis in the AFA by stepping in and putting it under the administration of a ‘normalisation committee’.

The committee’s main role is to prepare the AFA for a presidential election which is due to be held on Wednesday.

Maradona took up his new role in February, saying: “Finally I can fulfil one of the lifelong dreams; to work alongside people who really love football.”

FIFA, meanwhile, said it wanted Maradona to have “a major role in the organisation’s activities to promote the game across the globe.”

In January, Maradona publicly backed Infantino’s plans to expand the World Cup from 32 to 48 teams, a proposal which was approved by the FIFA Council one day later.

Spokesman to wrap up Washington visit on energy issues