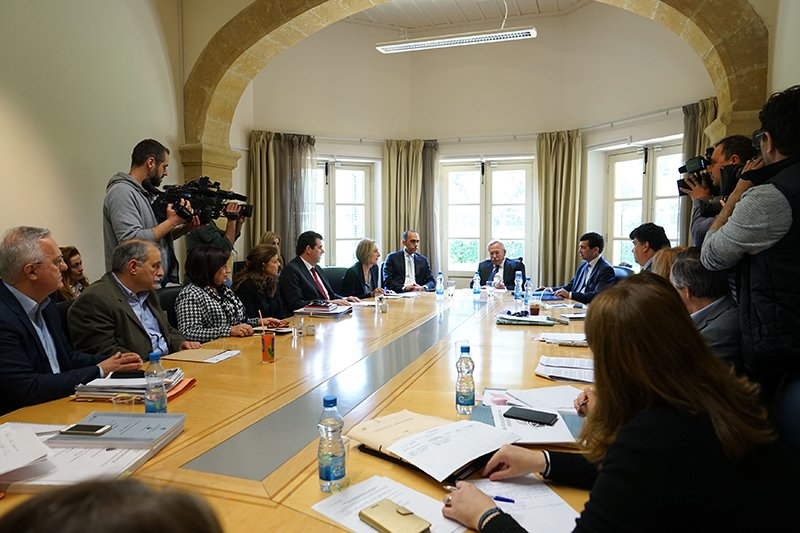 The government and local authorities agreed to launch what appeared to be a last-ditch effort on Tuesday to find common ground over the reconstruction of Tseri Avenue in Strovolos, a bustling yet dangerous thoroughfare whose shop owners resist certain changes.

Speaking after a broad meeting on Tuesday, Interior Minister Socratis Hasikos said a last effort would be made with the new municipal council and the involvement of state technocrats who were tasked with coming up with a solution acceptable by all.

“We will see the matter again at a departmental level, once more, so that the project is not lost,” the minister said.

He expressed belief that petty politics and vested interests would be set aside to pave the way for the money to be released for the reconstruction.

The cash earmarked for the project has been blocked by parliament which “isn’t in the mood for releasing it”, the minister said.

Hasikos said talks on a new proposal would start soon.

“It will be a short, comprehensive and substantive dialogue with a quick conclusion,” he said.
Strovolos Mayor Andreas Papacharalambous said both sides were determined to resolve the matter so that work could start soon for a road that “will be friendlier towards residents and shop owners.”

“Our intention is to find a more anthropocentric approach to satisfy the contemporary needs of Strovolos residents,” Papacharalambous said.

The project has been plagued by delays as shop owners oppose the proposed plan to turn Tseri Avenue into a three or four-lane road with a concrete median strip separating opposing lanes of traffic.

The government’s plan was strongly opposed by shopkeepers, who fear clients would have a hard time stopping to shop.

“I am tired of wasting the government’s and the public’s time over five shop owners. Municipal councillors would do well to concern themselves with the issues the law allows and confers upon them, and stop designing roads,” the minister said at the time.

Hasikos added that no government or minister would sign off on a road that “everyone says is dangerous”.

Anastasiades: Sunday meeting doomed if it is about confidence-building measures