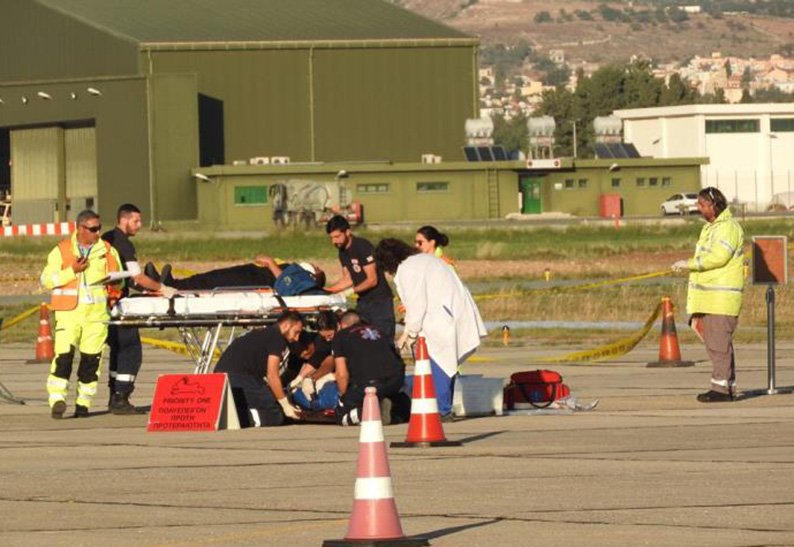 A rescue drill was carried out at Paphos airport on Tuesday to test and improve the response of authorities.

The drill started with a mock plane crash. An aircraft arriving from Athens airport had an emergency landing outside the fenced area of Paphos airport having lost one engine previously and the second one during landing.

On board were 30 passengers and a five-member crew. According to the scenario, seven were seriously injured in the accident, 21 dead and seven missing.

The control tower informed the fire services of a fire at the site of the crash to which the services responded by checking the site for hazardous materials and employing several vehicles to fight the flames.

The joint rescue coordination centre was called to the scene and the civil defence, the national guard, the forestry department and Emak were assigned to search for the missing persons.

As part of the drill some of the injured were taken to Limassol and Paphos general hospitals by ambulance and others by helicopter.

Woman caught driving over limit, man under influence of drugs