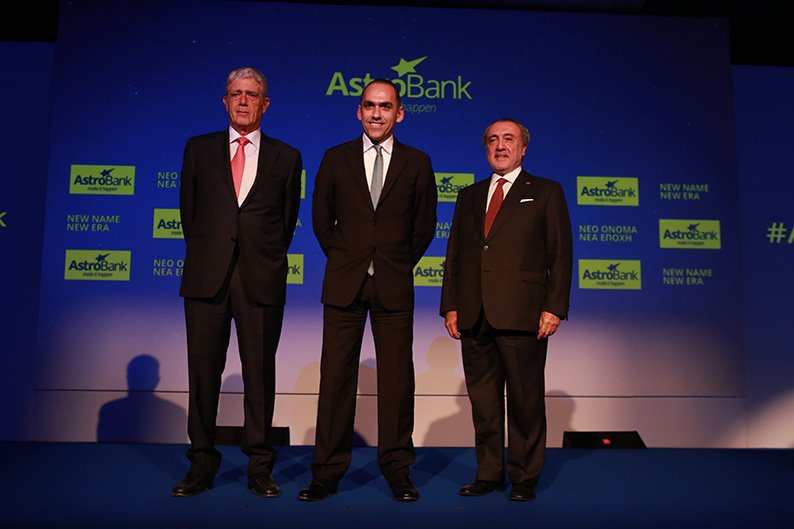 The acquisition was a a sign of confidence not only in the bank itself and the national economy – but also in Cyprus’ business-friendly environment an announcement said.

The Piraeus Bank Group retains 17.6 per cent shares of the new bank.

“AstroBank aspires to cater to both local and international clients building on the combined experience of its new shareholders and Board of Directors and the extensive expertise of its personnel.”

AstroBank is chaired by Dr Shadi Karam, a seasoned banker and businessman who has also served as senior economic advisor to the former president of Lebanon, General Michel Sleiman and subsequently to the Lebanese prime minister, Tammam Salam.

“The new team brings a wealth of international experience to enhance the local knowhow of the staff and ensure dynamic growth,” the announcement said.

In his address, Sehnaoui stressed that his team of investors had been impressed by Cyprus’ successful completion of its economic adjustment programme which demonstrated the strong economic fundamentals of the island and the capacity of Cypriots to successfully overcome the crisis they were drawn into.

He added that the high sense of political responsibility demonstrated by the country’s leadership and their support for private enterprise has boosted confidence and created a climate of stability and sustainability.

Dr Karam said that the three development pillars of AstroBank are innovation, professionalism and quality service, and that the bank was in a position to offer its clients competitive products and services to address all their financial needs.

“Expanding our activity and engagement will result in a positive contribution to growth, and a growing economy will, in turn, positively impact the bank which benefits from a vibrant economy,” Dr. Karam said.

Non-executive director Constantinos Loizides and former chairman of the lender said that “the new bank builds on the foundation of Piraeus Bank Cyprus, one of Cyprus’ most tenacious and stable banks having endured the recent economic crisis”.

“The new investors and owners are taking a bank with history and strength and are transforming it into Cyprus’ newest, dynamic player on the local banking scene,” he said.

The bank said that the presence of a strong delegation of state officials at the event, “demonstrated the government’s commitment to encouraging international direct investments into Cyprus and private sector initiatives”.

For Britain, the real work on Brexit starts now